Kia may be looking at tapping the growing demand for SUVs with more towing and off-road capabilities in some markets.
By : HT Auto Desk
| Updated on: 14 Sep 2020, 11:53 AM 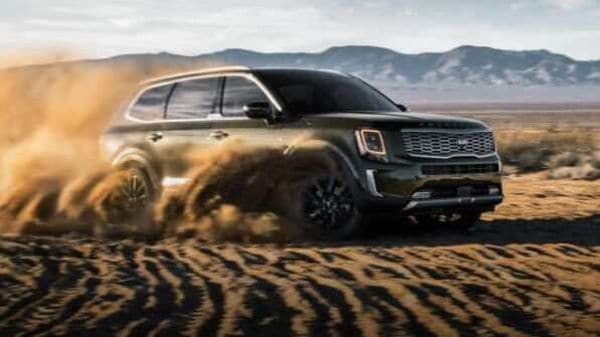 Kia Telluride is a hot favourite but the company may soon have an even bigger SUV with more towing power.

Kia is reportedly looking at bolstering its already strong line-up of SUVs with a product that could become the flagship and take on the heavy-duty candidates in the rival camp. Expected to be introduced only in markets that have a strong demand for vehicles with high towing capacity, the planned product could help the South Korean company take on Toyota and Ford - among others - with gusto.

Kia Australia’s product planning chief Roland Rivero reportedly told Motoring that the company has the potential of bringing out a vehicle with a large footprint to possibly tap the demand in the market here. “"If you did want to penetrate that particular segment, you’d have to have an offering closer to a ladder frame vehicle. Or if not, if it was alongside a large SUV, in that it was say built off a ute platform, they could achieve a similar result," he was quoted as saying.

The advantage of such a platform could also be to help Kia plan and execute products in the commercial vehicles' segment.

In the passenger vehicles' segment though, Kia has managed to stamp some of its authority with its Telluride being adjudged 'World Car of the Year 2020.' Seltos' success has also been crucial for the company, especially in India where this was the debut product when launched back in August of 2019. Seltos is now Kia's second best-selling model globally, one place behind Sportage. (Full report here)

With more and more buyers across the world preferring an SUV, companies are increasingly looking at expanding their product portfolio. The 'big is better' philosophy is already quite visible in countries like the US where pickups are faring better than ever. As such, Kia may be aiming for a bigger and better slice of the proverbial pie.