Formula One is considered as apex motorsports and there has been demand from some quarters to introduce electrification in this championship.
By : HT Auto Desk
| Updated on: 08 Dec 2021, 16:00 PM 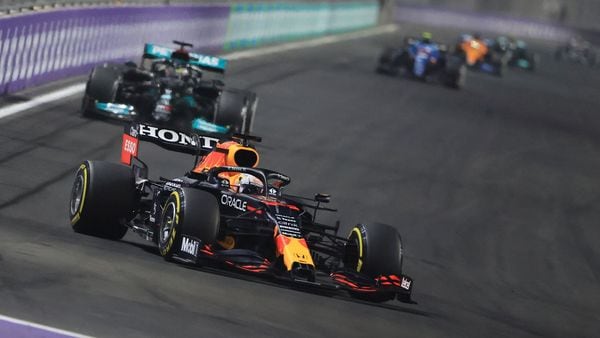 An electric Formula One is a possibility in the distant future, indicated FIA President Jean Todt.

The global auto industry may be thriving to go green and accelerating its pace of electrification aiming at an all-electric future, but the apex motorsports Formula One is yet not ready to adopt electrification.

Jean Todt, President of the International Automobile Federation (FIA), which organises Formula One, clearly said in an interview with BBC that an electric Formula One is simply not possible. "In Formula One, a race distance is about 200 miles (305km). Without recharging, with the performance of the cars, electricity will not allow that," he further added.

However, Todt didn't rule out the chance that Formula One would someday become electric. "Maybe in 20 years, 30 years, I don't know. But at the moment it would be simply impossible," the 75-year-old Frenchman said.

Motorsports has always played a key role in developing new technologies that found their way into mass-produced vehicles. The motorsports arena can be dubbed as a laboratory for automotive technologies that benefit the industry players and consumers as well.

According to Jean Todt, the role of Formula E in refining electric powertrain technologies should not be underestimated. As he said, the research done with the Formula E racing cars is ultimately benefitting the road users. "Now you hear about electric cars with a range of 400-500 kilometres which was not the case 10 years ago," he said, adding that charging times have also decreased significantly.

The technology in Formula E has changed drastically. The all-electric racing championship that started eight years ago needed drivers to change cars halfway through because of range limitations. But, now the same racing of 45 minutes can be done with a single car.