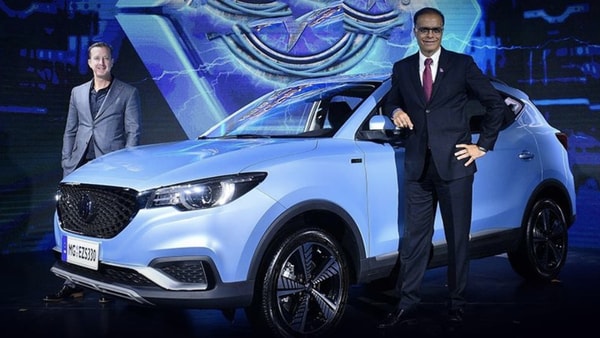 NEW DELHI : One of the most eagerly awaited cars as the calender year nears its end is the ZS EV from MG Motor. The British car maker is on a high after a rousing success story of its first offering in India - Hector, and is hoping to replicate the frenzy courtesy its electric offering. Just three days before its December 5 launch, however, the company may have put out the indicative price of the car on its social media handle.

The ZS EV will take on Hyundai Kona in India, a car that is priced at around ₹23 lakh. In a reply to a tweet on MG Motor's official handle, the company's official support handle stated that the ZS EV will be priced at approximately ₹25 lakh. If true, this could make the ZS EV more expensive than the Kona although it is unclear if the reference to the price was to the starting range or for the top variant. 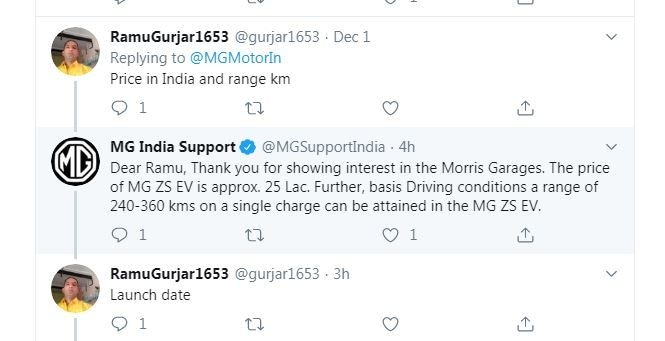 Usually, prices revealed are for the base variant and if the tweet from MG India Support is true, the ZS EV could work out to be noticeably more expensive than its Hyundai counterpart. Pricing, among other factors like charging points, features and post-sales network, could be the fulcrum on which cars like the ZS EV and Kona balance themselves.

MG Motor is looking at selling 2,000 to 3,000 units of the ZS EV per annum in a country where EVs and supporting infrastructure remain scarce. The company has also opened a number of charging stations in major metropolitan cities and plans to expand it. Furthermore, it has tied up with at least two companies for the safe reuse of batteries once they run out of their life cycles inside the ZS EV.