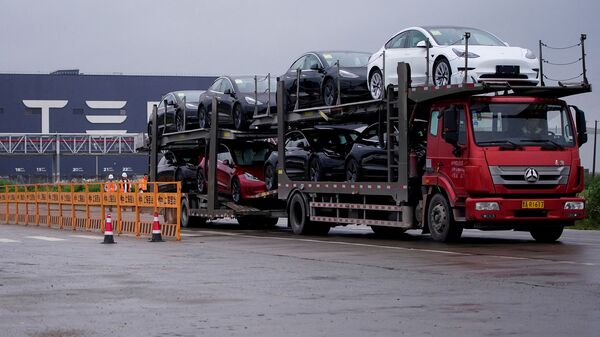 Sales in Europe are expected to barely improve this year, with inflation likely to muffle underlying demand.

Car sales in Europe fell for a ninth consecutive month as the war in Ukraine further cripples supply chains and spurs record inflation that risks undermining demand once shortages ease.

New-car registrations in Europe fell 19% in March to 1.13 million vehicles as a lack of semiconductors and other components roil production, the European Automobile Manufacturers’ Association said Wednesday. The month capped a disappointing start to the year, contributing to an 11% drop for the first quarter after carmakers had banked on improving conditions over 2021.

Russia’s invasion of Ukraine has disrupted local suppliers, forcing Volkswagen AG and BMW AG to temporarily halt production. Carmakers have also started to again walk back expectations of improvements in semiconductor availability with bottlenecks now seen reaching well into next year. While demand continues to outstrip supply, record inflation in the euro region may begin to affect buying decisions, according to forecaster LMC Automotive.

Sales in Europe are expected to barely improve this year, with inflation likely to muffle underlying demand, LMC Automotive said in a report. The forecaster cut its estimate for growth in Western Europe to just 0.4%, expecting deliveries will total just 10.63 million, well below the 14 million mark that the industry was clearing pre-pandemic. Consumer prices in the euro area surged to a record 7.5% in March from a year ago, topping estimates and up from 5.9% in February.

“The war will chip away at underlying demand as well, through higher‐for‐longer inflation and lower real incomes," LMC said. “At least for now, demand is still outstripping supply."