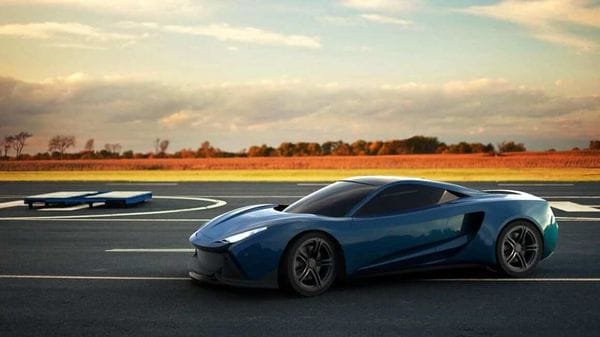 When it comes to sheer automotive power, Bugatti enjoys a place of distinction and the 2020 Chiron is one of the most raved hypercar in its lineup with 1,500 hp being belted out from its four turbo chargers. And while it may be a stretch to match such astounding power, an electric hypercar may come close. Really close.

Elektron One has generated quite a lot of buzz in recent weeks with a claim of 1,341 hp of power. The hypercar from German company Elektron Innovativ may be showcased at the 2021 Geneva Motor show, according to reports, and even if a production-ready version is quite some time away, Elektron One has raced in to become a hot conversational topic in the European automotive world. While many claim that it could be Germany's reply to the lineup offered by French-established Bugatti, others choose to focus more on what electric hypercars are capable of in current times.

(Also read: This 'Made in Sri Lanka' electric luxury supercar is a 900 bhp powerhouse)

Even though it is currently in concept form, the company claims that Elektron One is capable of firing itself to 100 kmph in just 2.1 seconds and that it would have a top speed of 400 kmph. Its four motors enable energy loss-free four-wheel drive and real time torque vectoring. Regenerative braking allows for stored energy to be reused while an active suspension system which collects real-time data helps adjust drive characteristics and vehicle height as per road condition or driver preference.

The best part of it all, however, would be that that Elektron One would be a zero-emission vehicle as there is no internal combustion engine on board.

Elektron One would perhaps get a price tag far lower than some of the most popular Bugatti models. Reports suggest it could be priced somewhere between $370,000 and $400,000.

It is reported that just 140 units are expected to be made once Elektron One does enter production.