Home Auto Cars News Drunk Driving In Uk? You Could Face A Year In Jail Or A Fine Up To ₹2.4 Lakh

Drunk driving in UK? You could face a year in jail or a fine up to ₹2.4 lakh

The UK government has mandated strict punishments for those who are caught driving in an inebriated state.
By : HT Auto Desk
| Updated on: 31 Jul 2022, 16:14 PM 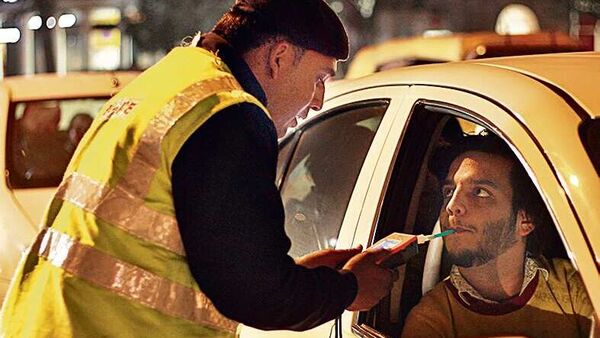 Refusal to cooperate with cops while breath analysing may result in hefty fine.

UK government has taken stringent measures to curb the menace of drunk driving. If caught drunk driving, the offender may face a year of jail term or a fine of an amount that is equivalent to ₹2.4 lakh in Indian currency. He or she could be banned from driving as well. The UK government has laid down strict punishments for those who are caught driving in an inebriated state.

Refusal to cooperate with cops for breath inspection may attract a six-month jail term or an unlimited fine. It could also lead to a driving ban for at least a year. Causing death by careless driving under the influence of alcohol could result in a 14-year jail term, an unlimited fine or a two-year driving ban.