Booking for Urban Cruiser, Toyota's own Maruti Vitara Brezza, to begin on Aug 22

The Toyota Urban Cruiser will be launched during the upcoming festive season.Toyota hopes to attract a new set of customers with the Urban Cruiser SUV.
By : HT Auto Desk
| Updated on: 19 Aug 2020, 04:01 PM 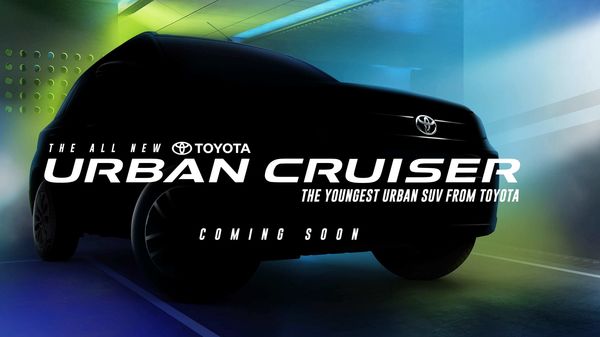 The Toyota Urban Cruiser will be based on the Maruti Vitara Brezza compact SUV.

Toyota Motor is all geared up to launch its first sub-compact SUV Urban Cruiser in India soon. According to dealers, the bookings for the Urban Cruiser SUV will begin three days from now, on August 22.

Some of the dealers even took to social media to announce the date when bookings will start. Toyota aims to launch the SUV in the festive season, possibly towards the end of this month.

The Wait is about to get over!!
The Bold New Toyota Urban Cruiser, a Compact SUV, is almost here.

Earlier this month Toyota had announced the much-awaited entry into the compact SUV segment in India with the new Urban Cruiser SUV. As reported by HT Auto in the past, the Urban Cruiser will be launched during the upcoming festive season.

(Also read: Toyota to offer all its cars in India on lease and subscription models)

In India, the rebadged version of the Toyota's compact SUV is expected to distinguish itself from the Maruti Brezza with a slew of exterior styling updates. The bumpers, grille and light could undergo updates but the sheet-metal changes aren't expected. In terms of cabin tweaks, it might get a lighter interior colour scheme as well as some other minor changes to liven up the cabin space.

Toyota's version of Brezza will also be most likely available with the same 1.5-litre petrol engine option which delivers 105 PS of maximum power. The transmission options may include a 5-speed manual and a 4-speed automatic gearbox.

Commenting on the foray into the compact SUV segment, Naveen Soni, Senior Vice President, Sales and Services at Toyota Kirloskar Motor had said, "We are very excited to announce our plans to launch the Toyota Urban Cruiser this festive season. The Toyota Urban Cruiser is another such effort to satisfy the evolving customer needs. Also, we hope that the Urban Cruiser gives us an opportunity to welcome a new set of customers who not only aspire to own a Toyota SUV early in life, but would also like to experience Toyota’s global standards of sales & after-sales services. We will share more details about the car and the launch in the days to come."

Toyota has already sold more than 25,000 units of Glanza hatchback in the last one year and it is natural for the brand to expect similar response for the upcoming Urban Cruiser SUV since the demand in the compact SUV segment is at an all time high. Toyota hopes to attract a new set of customers with the new SUV.