The new BMW X3 will be locally produced in India in two petrol variants.The diesel variant of the new BMW X3 is slated for launch in the later stage.
By : HT Auto Desk
| Updated on: 20 Jan 2022, 03:00 PM 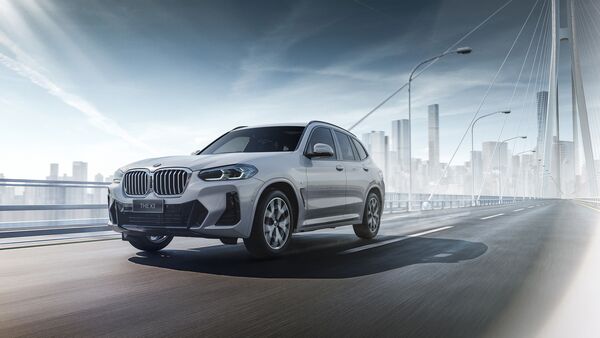 The new BMW X3 will be locally produced in India in two petrol variants.

The new car brings along a refreshed look with new and more modern equipment features and updated infotainment system. The car will be locally produced in India in two petrol variants, and will be made available at all the authorised BMW dealerships from today onwards. The diesel variant of the new X3 is slated for launch in the later stage.

Vikram Pawah, President, BMW Group India said, “The new evolved third generation BMW X3 is here to continue the model’s trailblazing success in the premium mid-size SAV segment. Refreshed design and driving performance make BMW X3 a luxurious and practical car that is agile on and off-road. You will experience the unbeatable thrill and joy of a distinctive combination of powerful drive, sporty dynamics and comfort. With its independence and individuality, the new X3 packs in unlimited action and is meant for Everything x Everywhere."