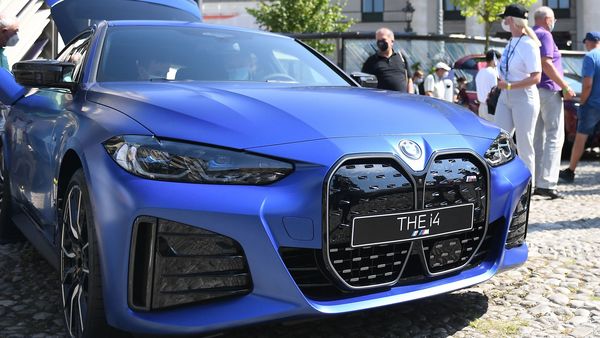 BMW i4 comes as a key model for the brand's strategy to electrify the portfolio.

Currently, this manufacturing facility rolls out models such as i4 four-door coupe, 3 Series Sedan and Touring, M3, and 4 Series Gran Coupe. The automaker claims that besides preparing for rolling off electrified vehicles from the facility's assembly lines, Munich plant is also gearing up for digitalisation such as 3D scans.

BMW is also aiming for sustainability for the Munich facility. The plant will use reverse osmosis system to cut down its water consumption by six million litres.

The automaker also plans to reduce local emissions from transport logistics at the Munich facility to zero over the next few years.

Meanwhile, BMW has formally rolled off the all-electric i4 coupe yesterday. The luxury coupe is popularly being touted as Tesla fighter, the BMW i4 four-door coupe is claimed to be the brand's next step to electrification.

The BMW i4 will compete against the Tesla Model 3 upon launch. However, available at a starting price of $55,400; BMW i4 will come as more expensive than its closest rival.

The BMW i4 gets an Drive 40 powertrain, which is claimed to be capable of running 482 km on a single charge. The luxury coupe is capable of accelerating 0-96 kmph in 5.5 seconds.

Talking about the car, BMW AG board member for production Milan Nedeljković said that the launch of the BMW i4 is a milestone for the company on the road to electric mobility.