The Speed variant of Flying Spur sits above S variant.

The Speed has 85 PS and 130 Nm more torque than the S model. Because of this, the acceleration to 100 kmph has been improved by 0.4 seconds and the top speed has also been increased. The Flying Spur Speed can hit a top speed of 333 kmph that too in its sixth gear. The seventh and eighth gears are overdrive gears for increasing fuel economy while touring. The Flying Spur Speed can hit 100 kmph in 3.8 seconds. 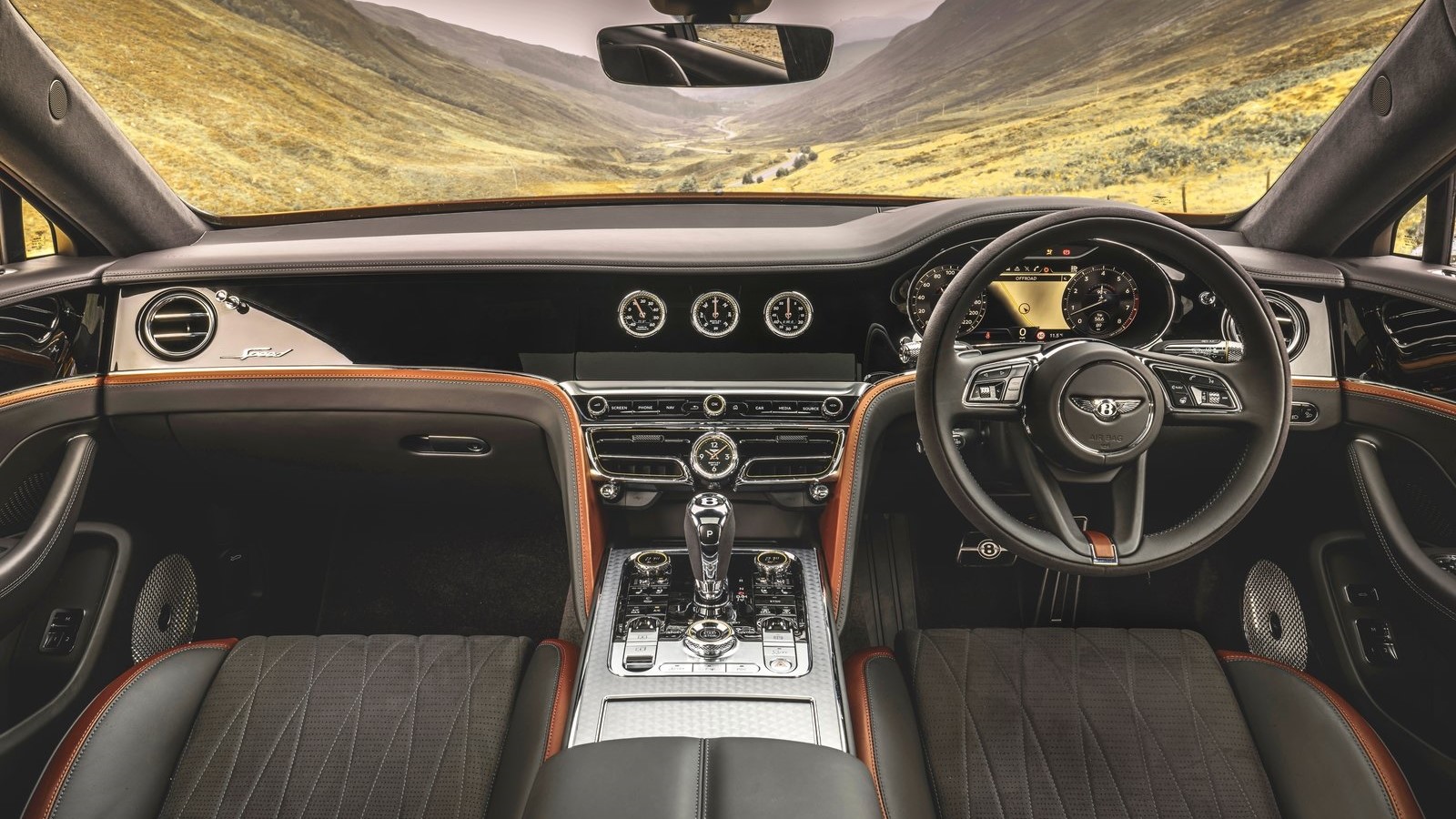 The Flying Spur Speed is also available in Blackline specification.

The vehicle is rear-wheel drive most of the time but can send power to the front wheels when the system detects slip. There is Electronic All-wheel steering and Torque Vectoring on offer. Bentley has also equipped the Flying Spur Speed with Dynamic Ride. The front brakes are shared with the Continental GT. So, they measure 420 mm in diameter and are the largest iron brakes in the world currently. The brake calipers are finished in red colour for a sporty look.

Some of the body panels such as a front bumper, splitter, side skirts, rear diffuser and boot lid spoiler are now made up of carbon fibre. This helps in reducing weight. Customers can also get the Flying Spur Speed in Blackline specification. So, the chrome on the outside is replaced with piano-black.