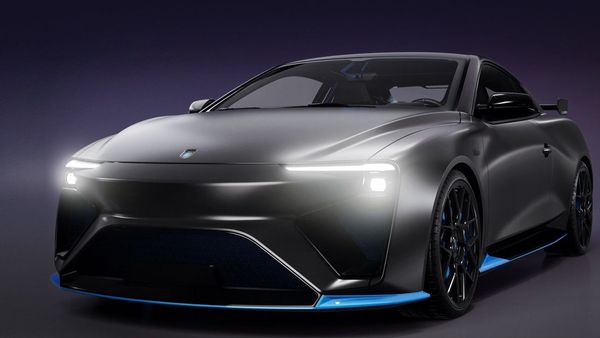 At a time when batteries are powering the automotive world towards electric mobility, sports car makers hardly want to be left behind and many have showcased their sensational offerings with lithium-ion hearts. Charting a brave new path for itself, however, is Gumpert Aiways' Nathalie - a methanol powered beast that is as fast as any other supercar.

According to a report in Car and Driver, the Nathalie eliminates the need for powering up a lithium-ion battery by making use of methanol fuel cell which produces hydrogen. This is converted to electric energy to propel the car forward. Quoting Gumpert Aiways, the report further says that while there is a battery inside the car, it is mostly for that extra burst of power and won't be required when driving in city limits or cruising on freeways.

Nathalie, with its two sources of energy, claims to belt out 536 horses and can go from zero to 62 miles per hour in a heart-stopping 2.5 seconds. Power is moved to each of the four wheels which have their own dedicated motors.

Only 500 units of Nathalie will be manufactured initially. The biggest stumbling block for the car may be the lack of methanol refuelling stations but Gumpert Aiways has plans of opening such pumps in countries where the car will be sold - Germany, Switzerland, Poland, Scandinavia, among others.