Statistically, most cars are scrapped without being involved in a crash. These cars are chucked when the costs of repairs outweigh their value.
By : Prashant Singh
| Updated on: 23 Jan 2021, 05:31 PM 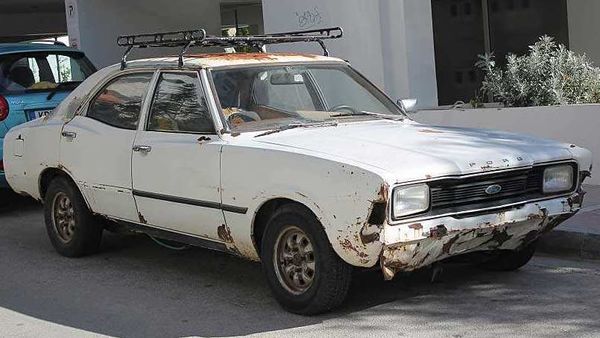 Representational image of an old Ford car that's eaten down by Rust.

While the average life of a car is usually around 12-15 years depending upon how it is driven. Some cars even last longer than that, while others are not so lucky. Some are often scrapped when the costs of repairs outweigh their value. However, you can slow down the cycle and make your car remain in decent condition for a longer time by simply avoiding some silly mistakes you might be making right now. Read on to find out what are they.

Make sure you don't drive the car while there is a red oil light warning on the instrument console. Pop the hood up and check the oil level as soon as there is a warning like that. You wouldn't want to risk an engine even for a glitch that may have triggered the warning.

This is one of the silliest mistakes most drivers make. Driving on low fuel can wreak havoc on your car's fuel injectors by clogging them with dirt. Always keep at least a quarter of the tank full while driving.

It doesn't matter if you own a Honda City or a Porsche 911 Turbo. Rust works the same for all cars. Initially, a small rust spot in the driver-side footwell may not seem enough but given time, it'll grow big enough to swallow coins in it. So make sure you keep a regular check and get the issue fixed in the initial stage before it begins to chew through metal.

While cars have become significantly advanced in the current age. There's no engine that runs on both types of fuel (petrol and diesel) and if by mistake you happen to mix both of them, the repair bill your mechanic sends after will surely give you nightmares for the rest of the month.

Every car's maintenance period varies depending upon its model and make. Ignoring the timely maintenance of your car will weaken its overall performance and will make it age faster. Check your car's maintenance intervals in the user manual and make sure it goes for a service trip every now and then.