All Lotus cars' names start with the letter 'E'. Here's why 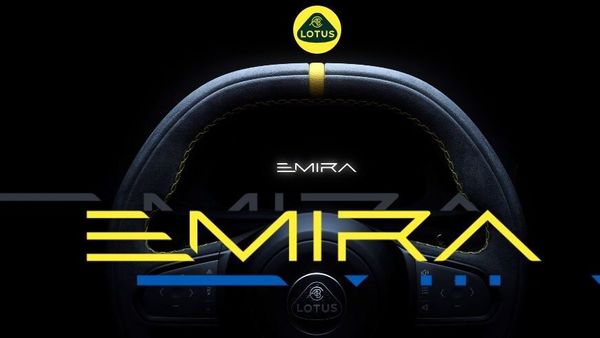 Lotus Emira will be the British carmaker's final ICE-powered model.

Lotus Cars is ready to reveal its new model Emira on July 6, 2021. Like all its cars, the upcoming Lotus model too will come with 'E' letter at the beginning of the name. Every automaker has some unique nomenclature strategy for their respective cars.

Like Mahindra names all its cars with an O at the end of the names, Lotus cars' names too start with E. The British automobile company has bared the secret behind this naming strategy.

The car brand claims that this nomenclature strategy with E lettering started back in the 1950s, but has its root back in 1948. As it claims, the company's founder Colin Chapman named the first-ever Lotus road car Mark I. The strategy went for subsequent models till Mark X.

The next model was supposed to be called Lotus Mark XI, but it was being called by the automotive media simply as Lotus XI. Chapman then decided to change the naming strategy. In order to avoid confusion of the Arabic number 11, which is visually similar to Mark II, he named the car as Lotus Eleven. Since then all the Lotus cars come with E lettering at the start.

Lotus Emira will bar the same tradition. The Lotus Emira will mark an important milestone for the brand, as it will be the last internal combustion engine vehicle of the brand. After this, Lotus aims to move to electric vehicles only strategy for its future lineup.

The British car brand is yet to reveal further details about Emira's powertrain. The automaker had historically used 3.5-litre V6 engines sourced from Toyota. Expect the same engine to work under the hood of Emira as well. However, it could get a 2.0-litre turbocharged motor as well.