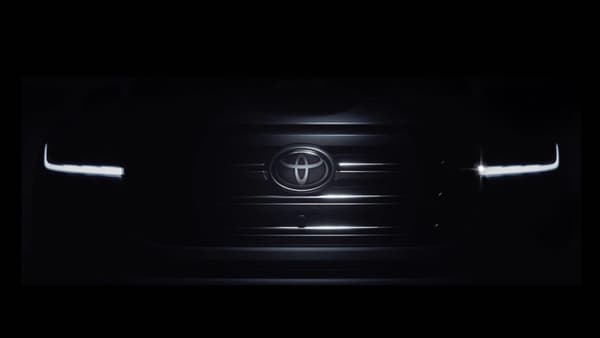 Japanese auto giant Toyota Motor is all set to launch an updated version of its iconic four-wheel drive SUV Land Cruiser. The carmaker has teased a small video which announced that the new Land Cruiser SUV will make its debut on June 9.

Sharing a six-second promo video on social media of the next generation Land Cruiser SUV, Toyota gave a hint that it will be the first of many teasers to follow in coming days before the SUV is completely unveiled to the world.

The new Land Cruiser, which is being called the LC300, will be based on the TNGA-F platform and is a shift from the earlier models. It is also likely to scrap the V8 engine found in the preceding models altogether.

According to several leaks in the past, the new generation Land Cruiser SUV is likely to stand at 1,945 mm in height, 4,965 mm in length with the wheelbase around 2,850 mm. It is likely to have the same approach and departure angles as an off-road SUV as its predecessor LC200.

A bit of the look that was revealed in the teaser shows that the design of the grille will not be too different from earlier models, with the Toyota logo placed in the middle. However, the new SUV will get aluminium roof.