2022 Mitsubishi Airtrek will launch in the Chinese market later this year.The Airtek EV has been developed by Mitsubishi with the help of Guangzhou Automobile Group (GAC).Reports suggest that it will come based on the GSC's Aion V model.
By : HT Auto Desk
| Written By : Prashant Singh
| Updated on: 10 Jun 2021, 06:04 PM 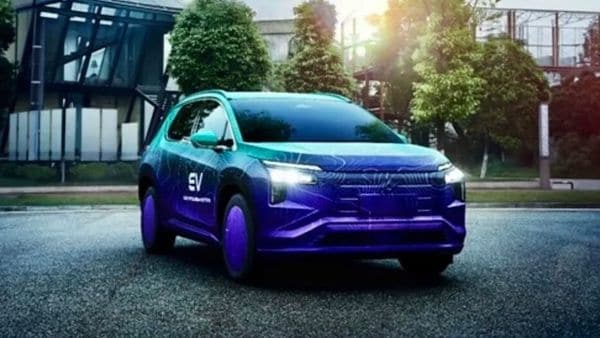 The Airtek EV has been developed by Mitsubishi with the help of Guangzhou Automobile Group (GAC). Image Courtesy: Yangtse

The Japanese carmaker Mitsubishi announced the revival of the Airtrek nameplate earlier this year. The car is slated to mark its return as an all-electric SUV which will be launched in China later this year. Now images of the upcoming battery-powered car have leaked online by the Chinese media ahead of its official launch.

The newly leaked images provide a good look at the exterior design of the car. New photographs show the Dynamic Shield face sporting a dual-tier lighting setup (as found on the Mi-Tech Concept) with DRLs placed on the top of the L-shaped main headlamps.

(Also Read: Mitsubishi to cut 16,000 units globally in May on chip shortage)

The company has also teased the car previously. As seen in the teaser images, the car gets a chrome bar linking the upper DRLs and the front grille comprises rugged-looking slats joined by the Mitsubishi logo positioned above the registration plate. On the lower end, the front apron gets a trapezoidal-shaped intake along with several sensors for the car's active safety systems. 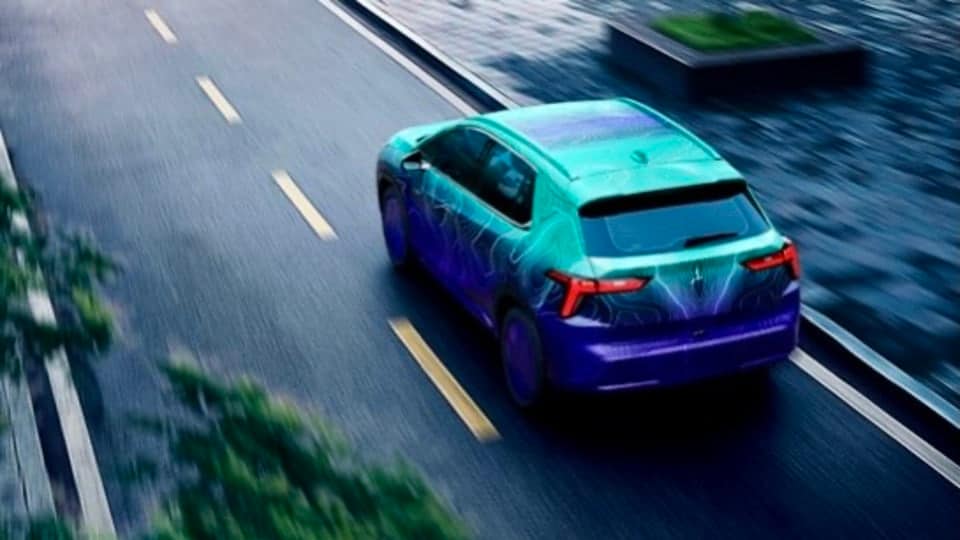 The 2022 Mitsubishi Airtrek gets T-shaped taillights stretching towards the rear fenders lending it a very unique and distinctive look. Image Courtesy: Yangtse

At the rear section, the car gets T-shaped taillights stretching towards the rear fenders lending it a very unique and distinctive look. On the side, the SUV will get a rising shoulder line for a floating roof look. As far as interiors go, no information is available yet.

The company has announced in the past that the Airtrek will be jointly developed with Guangzhou Automobile Group (GAC) and reports suggest that it will come based on the GSC's Aion V model. For the record, in China, the Aion V measures 4,586 mm in length, 1,920 mm in width and 1,728 mm in height, and has a wheelbase that spans 2,830 mm.

There is no official confirmation about the Airtrek’s electric powertrain, but if international reports are anything to go by, expect it to get a front-mounted electric motor developing 184 PS and 350 Nm.