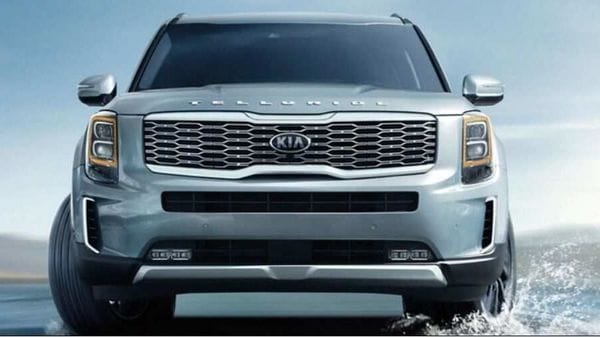 Rivalry is often extremely furious in the competitive world of automotive excellence and so, it is quite heartening to see rare words of appreciation from one competitor to another. That is exactly the approach Jaguar took to congratulate Kia Telluride for being adjudged 2020 World Car of the Year.

Jaguar has already been there and done that. The company's F-Pace won the coveted award in 2017 and the I-Pace won it the last year. Knowing well the honour that comes with being adjudged the world's best car, Jaguar took to its social media handle to congratulate Kia Telluride for winning the crown this year. "From one winner to another: Congratulations to @Kia_Motors – the #Telluride is the new @WorldCarAwards 2020 World Car of the Year!" read the message.

Telluride was adjudged the best car of the year from a total of 29 entries by a team of 86 jurors. The event usually takes place at the New York Auto Show each year but the event had to be called off this year owing to the coronavirus pandemic.

World Car Awards were inaugurated in 2003, and officially launched in January 2004, to reflect the reality of the global marketplace, as well as to recognize, reward and inspire excellence, leadership and innovation in a rapidly changing automotive industry.

The win this year was a first for Kia and it was double delight for the South Korean car maker as its Soul EV was adjudged winner of Urban Car of the Year award. "Everyone at Kia is truly honored to receive not just one, but two awards from the World Car of the Year judging panel," said Thomas Schemera, Executive Vice President and Head of Product Division at Kia Motors Corporation. “This is one of the hardest-fought competitions in the global automotive industry, proving that the Telluride and Soul EV are both truly outstanding vehicles. These accolades are testament to the talents and efforts of a worldwide team, who all strive to create desirable, high-quality and practical cars that drivers love."