'Tesla is not a Mustang': Ford hypes Mach-E as a game changer

Ford Mach-E is the first EV from the company that has been developed from the ground up.Comparisons have been drawn between Ford Mach-E and Tesla Model Y - rivals in the electric SUV battle.
By : HT Auto Desk
| Updated on: 03 Nov 2020, 11:45 AM 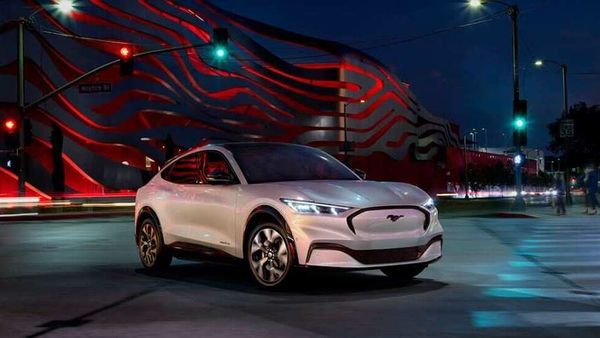 Ford Mach-E will start reaching customers towards the end of 2020.

Ford Mustang cars are iconic. And the Mustang Mach-E is revolutionary. Or at least that is what the American car maker is touting it as as it gets ready to charge up the electric field of play which is currently dominated by Tesla. "Tesla is not a Mustang," Ford's new CEO, however, emphasizes.

Recent months have seen many making comparisons between the Ford Mach-E and Tesla Model Y - two electric SUVs that have caught the imagination of automotive enthusiasts as well as marchers carrying the flag of a global green movement. And while Ford has had other all-electric offerings, these have been based on cars with conventional engines already available. In that sense, the Mach-E is a truly new EV product from the ground up.

Ford CEO Jim Farley, quite obviously, is pumped about the Mach-E. "The vehicle is a game changer. For me, the Mach-E is the first true competitor with Tesla. It’s got Detroit swagger. It’s a Mustang. Tesla is not a Mustang," he told Detroit Free Press in an interview.

But it isn't just Tesla that Ford is gunning at. At the unveiling of the Mach-E a year ago, the car maker had claimed that it is quicker than a Porsche Macan. And range figure is also impressive. "Mustang Mach-E Premium and California Route 1 models offer a targeted EPA-estimated range of at least 300 miles on a full charge, when equipped with an Extended range battery and rear-wheel-drive," Ford states.

The production of Mach-E will take place at the company's plant in Mexico and the first batch of the EV will start reaching customers by the end of 2020. The company is looking at making 50,000 units globally in the first year and the initial response has been solid with reservations filling up in quick time.