Home Auto 2022 Baleno To Get 9 Inch Hd Screen, A First In Any Maruti Suzuki Car

2022 Baleno to get 9-inch HD screen, a first in any Maruti Suzuki car

Maruti Suzuki Baleno is set for a launch in the coming weeks and promises to not just boast of design updates but a cabin that is packed to the brim with features.
By : HT Auto Desk
| Written By : Shubhodeep Chakravarty
| Updated on: 11 Feb 2022, 12:29 PM 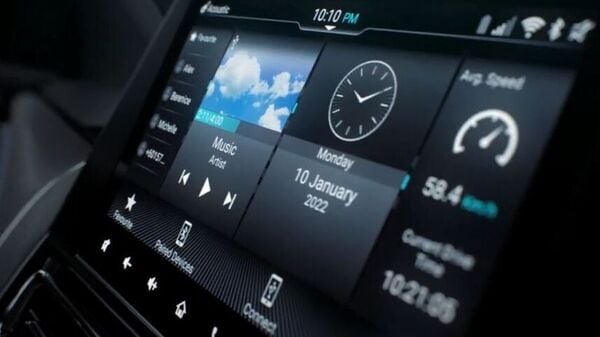 Maruti Suzuki Baleno is all set for a launch in the coming weeks and the hatchback is making a big claim to offer a number of very big updates over the model it will replace. While it has already been confirmed that the 2022 Baleno will get a Head Up Display (HUD), Maruti Suzuki has also released a teaser video which confirms a nine-inch HD display scr, a first for any car from the brand. 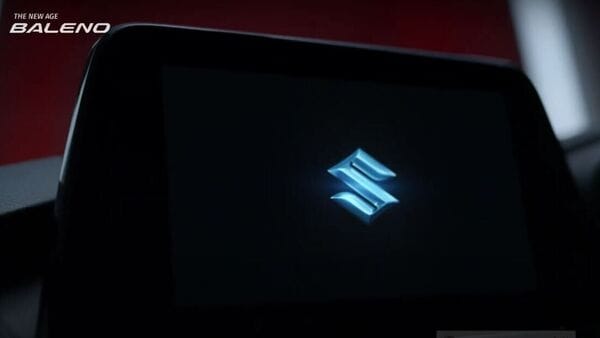 Screengrab from a video posted about the 2022 Baleno on Youtube by Maruti Suzuki.

By now it has become amply evident that the new Baleno is not just backing its design updates on the outside to connect further with prospective buyers but is also ramping up its in-car tech game. While having a HUD in a hatchback is a first in the Indian mass-market segment, the nine-inch HD screen too is likely to attract many. With Surround Sense powered by ARKAMYS, Maruti Suzuki is also claiming a premium acoustic sound experience for those inside the latest Baleno. “While working on the New Age Baleno, we have laid a special focus on the use of modern technologies that will excite the customer while also ensuring a safer and more convenient drive," CV Raman, Chief Technical Officer (Engineering), Maruti Suzuki India Limited, previously said. “The New Age Baleno is aligned with Maruti Suzuki’s larger mission of introducing newer technologies across segments."

Spy images of the new Baleno on test runs have clearly hinted some very significant updates to the car's exterior styling as well. “As an ode to today’s young and bold customers, the New Age Baleno is dynamically crafted to fulfil the needs of a tech-savvy generation that settles for nothing but the best," Shashank Srivastava, Senior Executive Director (Marketing & Sales), Maruti Suzuki India Limited, had said previously. “The New Age Baleno unleashes a whole new benchmark for cars by inspiring a confluence of superior in-car technology, expressive design, and class-leading safety to curate the ultimate urban cruising experience."

Baleno has had a formidable run in the country since its launch in 2015. It crossed the milestone of 10 lakh in cumulative sales late last year.

Bookings for the latest Baleno are already open and once officially launched, it will renew its rivalry against the likes of Tata Altroz, Hyundai i20 and Honda Jazz, as well as sub-compact SUVs at similar price points like Nissan Magnite and Renault Kiger.