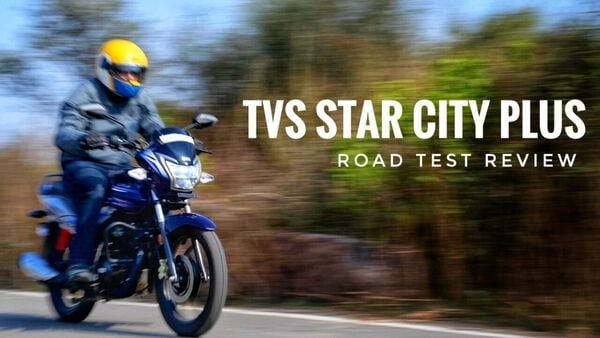 Star City plus was updated with tweaks such as redesigned exteriors, new graphics and some new features last year.

India's two-wheeler commuter segment is arguably one of the most competitive given the fact that there are so many reliable and affordable options present. While TVS has a range of products for the customer base that needs to be light on pocket, and easy to live with, one product that has really touched the masses is the Star City Plus that has received a slew of minor yet significant updates in the last few years.

In 2021, TVS slapped the Star City plus with tweaks such as redesigned exteriors, new graphics and some feature additions and I got a chance to swing my leg over the bike for a few days, and here's how it went.

The Hosur-based automaker has sold over three million Star City bikes already and the figure represents nothing but the trust it has managed to build up as a workhorse. With the latest update, the motorcycle received an all-LED headlamp as well as Eco Thrust Fuel injection (ET-Fi) technology which was added when it levelled up to the BS 6 certification. In 2021, TVS slapped the Star City plus with tweaks such as redesigned exteriors, new graphics and some feature additions.

On the outside, the Star City carries a basic no nonsense design. The front headlamp which is now LED comes flanked with regular halogen indicators on the sides and over the top sits a small-sized blacked out cowl that matches its sporty appeal. The fuel tank and side body panels feature snazzier dual-tone graphics and the motorcycle is offered in not one or two, but five dual-tone colour options. Also, the exhaust comes with a chrome plate that gives the side profile a bit flashy appeal.

As far as features are concerned, the Star City Plus also comes with a USB mobile charger socket that is placed just behind the front main headlamp on the right side. There is also a new semi-digital console with economy meter as well as service reminder. There is a small green light on the speedometer dial that turns up when you are riding sensibly, indicating that the engine is running on Eco mode and slightly less fuel is being consumed, on the other hand, twist the accelerator hard and ‘power’ light turns up. The small digital display on the right side of the meter shows fuel level, as well as ODO and trip rating. 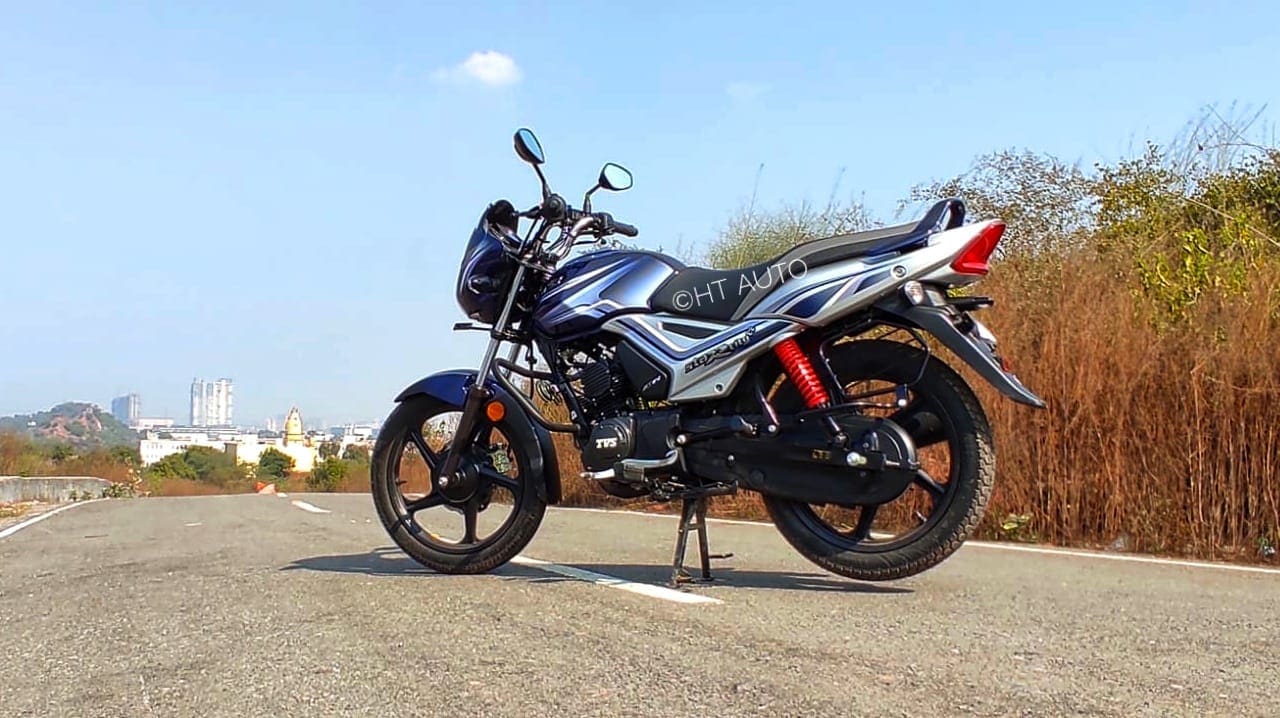 The overall built quality as well as finish levels on the StarCity Plus feels spot on for its price and the segment it competes in.

The overall built quality as well as finish levels on the StarCity Plus feel spot on for its price and the segment it competes in.

Tap the starter on and the engine fires up instantly. To quickly throw down some numbers, its 110 cc single-cylinder is rated to deliver over 8 bhp of power and 8.7 Nm of peak torque. It is slightly less than its arch rival Splendor 110 which churns out 9.3bhp and 9 Nm, but it is not what's being delivered, but how it is being delivered.

Click into the first gear, roll down the throttle and the Star City will surprise you with its smooth and linear delivery. Its all-up, four-speed constant mesh transmission offers shifts that are natural and slick, but the engine's low-end torque keeps you from shifting often, so even if you wish to trundle in the smaller gears, the bike is more than happy to do that.

Abuse the throttle and it easily picks up pace, without any fuss, and touching the top speed of 85-90 kmph, isn't a big deal. The Star City manages to stay relatively vibrations-free even when pushed hard, but if you are in a mood to squeeze out all the eight odd horses, then the foot pegs may start to shake up a bit, but nothing significant. But why am I even mentioning that? A majority of the Star City customers are the sensible, daily commuters that would want to squeeze out the best efficiency and ARAI tested figures for this bike stand around 65 kmpl. I couldn't have practically tested this figure for obvious reasons, but even if say the bike is anything above 60 kmpl, it surely is a huge number by any standard. And it serves its core purpose. And coming to purpose, it gets a single, and well padded seat that is another highlight of its ride. The seat is decent enough to accommodate riders of even larger size and the comfort is similar even for the pillion. Exactly, what a good commuter needs. Also, the ergonomics remain natural thanks to the flat handlebar and midset foot pegs. The suspension on the bike is also tuned to handle the regular Indian roads without any drama. 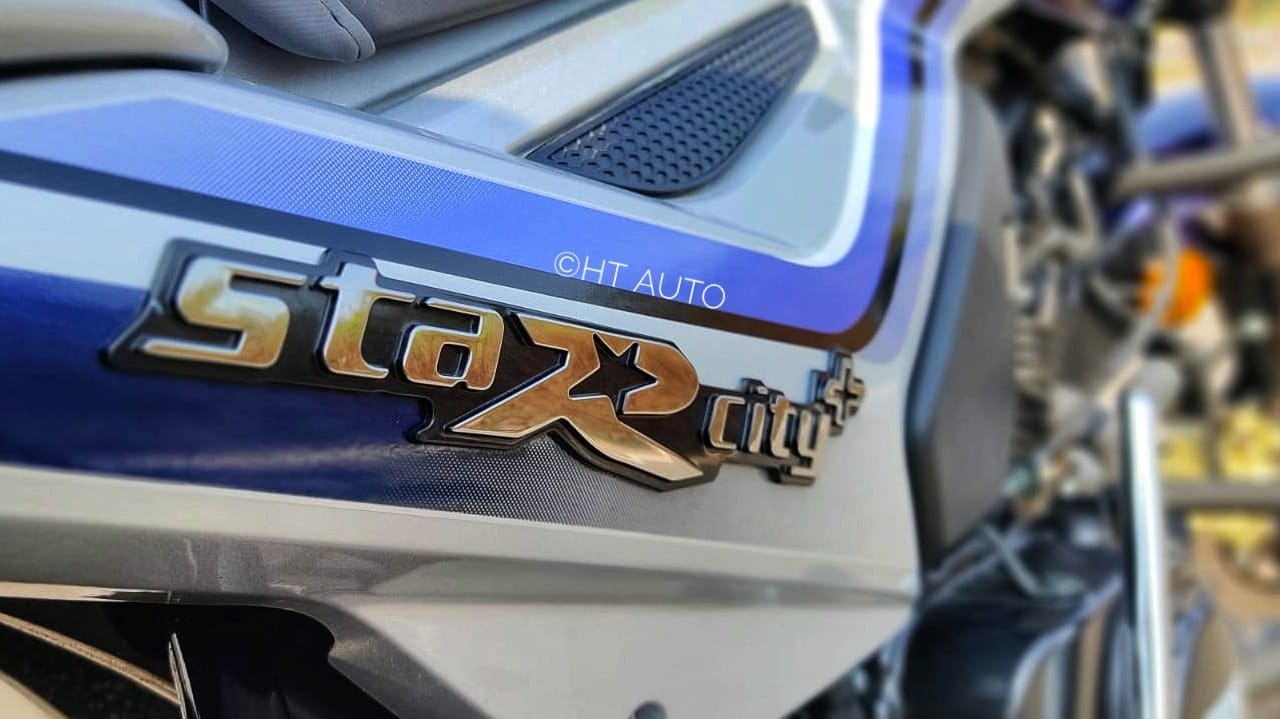 At 116kg, the StarCity remains lighter than even some scooters, and that makes it an easy companion to live with.

At 116kg, the StarCity remains lighter than even some scooters, and that makes it an easy companion to live with. Although, don't expect it to have a top notch high speed stability or handling dynamics of a power commuter, but it delivers on its promises of a no-nonsense, everyday bike.

Braking on the higher variant is promised by a 130 mm disc at the front end which drops down the anchor in no time and the rear drum is also matched up to take care of the braking duties.

Star City Plus has always been a popular choice in its segment, and the addition of the new features now make it even better. Its smooth engine, comfortable ride and practical approach make it a winner in my books. Priced from ₹70,005 (ex-showroom, Delhi), the Star City Plus is matched up neck to neck with its key competitors, but segment being so price-sensitive, a tad lower price tag can also surely help the bike to go further in a longer race.