The hydrogen carrier called Suiso Frontier has been developed by Japan's Kawasaki Heavy Industries (KHI).
By : HT Auto Desk
| Updated on: 24 Jan 2022, 11:56 AM 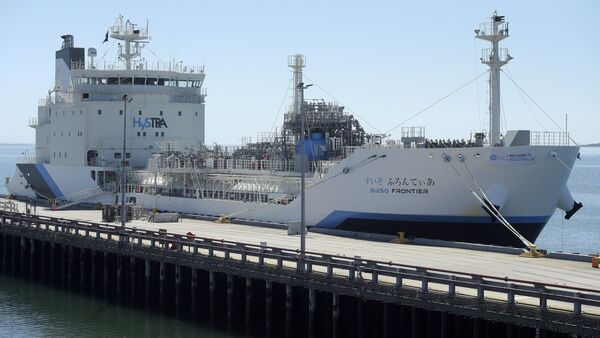 The world's first liquid hydrogen carrier is ready to take the first cargo of a Japanese-Australian venture that produces hydrogen from brown coal from near Melbourne to Kobe in Japan.

The hydrogen-powered carrier called Suiso Frontier made by Japan's Kawasaki Heavy Industries (KHI) arrived from Kobe last week as it followed a longer trip than its expected 16 days range for arrival as the owners wanted to avoid bad weather and rough seas said a spokesperson of the venture, Hydrogen Energy Supply Chain (HESC).

The venture which is a project worth $360 million and led by KHI is supported by the Japanese and Australian governments in an effort to move towards cleaner energy and cut carbon emissions. Last year, the project of extracting hydrogen from brown coal started. The team processed 70 kg of coal a day in a demonstration plant in the Latrobe Valley in the state of Victoria which is about 135 km east of Melbourne.

The hydrogen is produced by reacting coal with oxygen and steam under high heat and pressure and in the process carbon dioxide is also produced. The partners want to scale the project up to 225,000 tonnes a year and they are planning to make carbon-neutral hydrogen by burying the carbon dioxide released in the process under the seabed offshore Victoria.

The mobility industry is seeing rapid changes in terms of electrification and usage of cleaner fuels in order to reduce greenhouse gases emission. Last year, a Norwegian company made what it claimed to be the world's first no emission, autonomous cargo ship, Yara Birkeland. It has been created by a chemical company called Yara International.