Called HydroFlyer, the board can glide on water at slow speeds but once pace is picked, it even lifts higher to give a sense of flying to the person on it.It is claimed that a person will take just 15 minutes to master it and has been priced at around $14,000.
By : HT Auto Desk
| Updated on: 24 May 2021, 11:39 AM 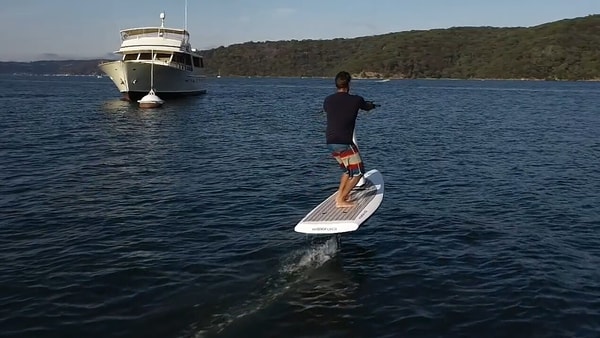 The HydroFlyer ha s a maximum speed of 55 kmph and a two-hour battery power.

Who doesn’t love the thrill that comes from either surfing or jet skiing and now, imagine getting the best of both worlds with a sense of flying over the water. One can get all of these with an electric surfboard called HydroFlyer which is an electric personal watercraft that seeks to combine technologies of hydrofoil boards, surfboards and jet skis. An idea of inventor Jerry McArthur, this watercraft has been produced in partnership with leading hydrofoil manufacturer, Unifoil. 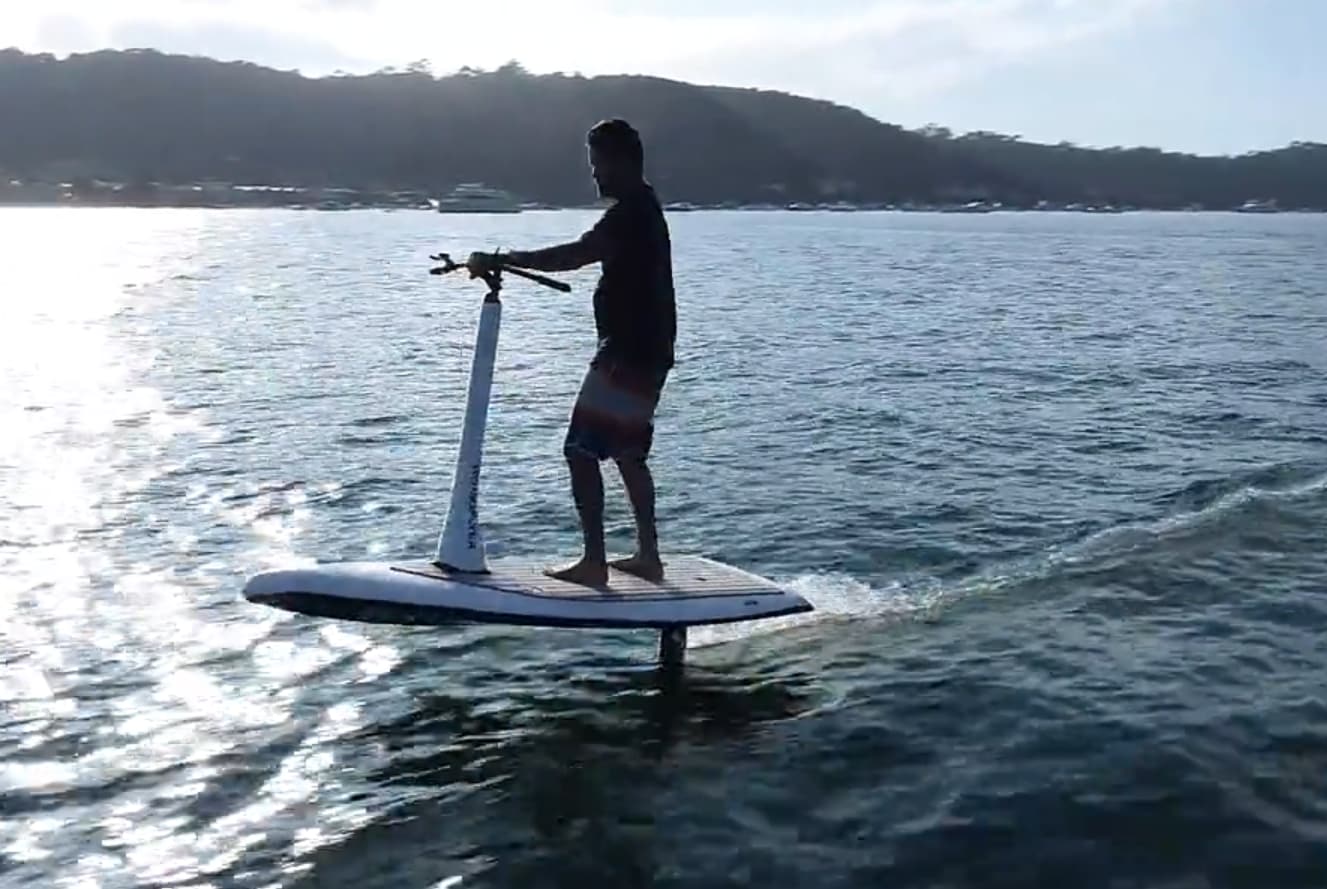 Underneath this electric surfboard resides the hydrofoil that houses both the electric motor and propeller. (The HYdroFlyer)

A typical looking surfboard that is fitted with a stem and set of handlebars jutting out of the bow, it has a hydrofoil underneath and it is this that houses both the electric motor and propeller. This watercraft, with its electric drive, sails like butter on water, all with pin drop silence. At a slower speed, it rides on the surface but when it gets faster, the hydrofoil lifts the board out of the water, giving the rider a sense of flying.

According to a report by Electrek, McArthur said that he has always been obsessed with e-foiling, but somehow remained hesitant due to various accidents that have taken place during the learning process. “I wanted to find a way to make eFoiling safer and more accessible to everyone, without taking away the feeling of speed and excitement of flying over water," he said, adding that his years of experience riding dirt bikes and snowmobiles was crucial in designing the HydroFlyer.

Adding the handlebars, McArthur explained, helped in establishing a four-point contact that makes the eFoiling safer and more in control. This helps the rider to get the hang of the watercraft more easily.

With a maximum speed of 55 km/h and a two-hour battery, the cost of the HydroFlyer is about $13,999 and the company also says that one can learn this in only 15 minutes.