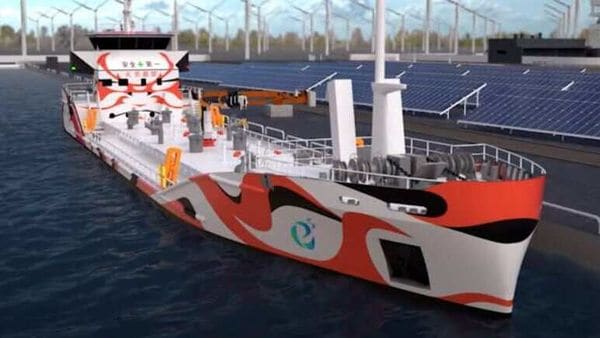 While there has been a lot going on to make cars and two-wheelers emission-free so as to help the environment sustain, it is oil tankers and cargo ships that massively contribute to the pollution on the planet. Thus, when talking about transition to greener mobility, it is important to include ships and tankers that emit pollution equivalent to millions of passenger cars put together.

This dream may be inching towards reality with work in progress for the world's first all-electric oil tanker that will be equipped with a giant 3.5 MWh battery pack, as reported by Electrek. The oil vessel is being developed by a consortium of seven large Japanese companies that will build the infrastructure to develop and launch large electric vessels such as oil tankers and cargo ships.

The most important part of the all-electric vessel - its massive battery back, was recently ordered from battery pack supplier Corvus Energy. In fact, the high capacity of the ships' battery could also be used for emergency services in the case of a natural disaster in Japan.

The 62-meter-long ship has a tank capacity of about 1,300 metre cube and a speed of about 11 knots. The vessel will be designed to have reduced noise and vibration so as to create a comfortable work environment for the crewmembers and limit noise pollution to the bay area.

The Japanese consortium aims to launch the world’s first zero-emission electric oil tanker by March 2022 and another by March 2023. "The two tankers will achieve zero emissions of CO2, NOx, SOx, and particulates thanks to their all-electric core energy system, dramatically reducing their environmental impact," Asahi Tanker, one of the seven consortium members, was quoted as saying by Electrek.

The contract for the ship’s propulsion system was given to Kawasaki Heavy Industries in September last year and this will integrate the 3,480 kWh Orca ESS from Corvus Energy to power the oil vessel.