LG Chem will hold voting on Friday on plan to split from the parent company.Splitting the battery business will cement the unit’s status as a key challenger to China’s CATL.
By : Bloomberg
| Updated on: 30 Oct 2020, 08:01 AM 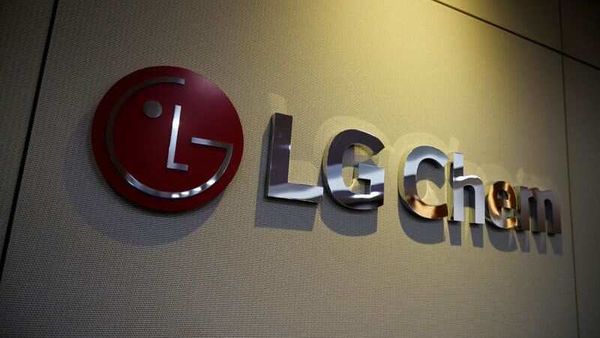 The logo of LG Chem is seen at its office building in Seoul, South Korea. (File Photo)

A plan by South Korea’s LG Chem Ltd to hive off its superstar business may need overseas investors to get it across the line.

The world’s biggest maker of electric-car batteries will hold an extraordinary general meeting in Seoul on Friday to vote on a proposal that would see the unit that supplies batteries to Tesla Inc and others split out from the main company. LG Chem will own 100% of the division for the time being but is planning an initial share sale that would float between 20% and 30% of the unit.

However, LG Chem’s second-biggest shareholder, the powerful National Pension Service with a 10.3% stake, flagged earlier this week it plans to oppose the move. It views the split as unfavourable because it may lessen the company’s value. To succeed, LG Chem needs the help of overseas investors, which control around 40%.

“It’s come down to how foreign shareholders will vote," said Lee Ji-yeon, an analyst at Shinyoung Securities Co in Seoul. “If you just look at the business, spinning it off is the best option because it will need more funds for expansion. But the way this was handled has angered many investors," she said, with reference to the legions of retail shareholders who are also disgruntled.

Splitting out LG Chem’s battery business will cement the unit’s status as a key challenger to China’s Contemporary Amperex Technology Co Ltd as global demand for electric-powered cars rises. It’s also better positioned than many rivals for the industry’s growth in Europe, where sales have surged in 2020, and in the US, where an election victory for Democratic presidential nominee Joe Biden is seen spurring the push to electrify transport.

Retail shareholders are upset that LG Chem is taking away the battery unit without offering any stock in it as compensation. Individual investors will have to subscribe to any IPO, which may take around a year to complete. LG Corp, LG Group’s holding company, owns 30% of LG Chem.

Shareholder lobby group Institutional Shareholder Services Inc has recommended the split be approved and Calvert Research & Management, an institutional firm with a focus on responsible investing, has said it will vote for the plan.

LG Chem edged ahead of competitors to become the largest supplier of lithium-ion batteries to automakers in the first eight months of 2020, lifting its market share to about 25% from around 11% a year ago, according to SNE Research Inc.

The supplier’s ascent has been aided by its early move to target the auto sector, a wide network of relationships with carmakers and strong technical capability -- including in-house expertise on the production of battery cathodes, the most expensive component, according to Mark Newman, a Hong Kong-based senior analyst at Sanford C Bernstein.

“Their position is very, very strong. They have some geographical dominance in Europe and the US, and some strong relationships with major carmakers outside of China," Newman said. “Compared to their Korean neighbours they were a bit earlier to move into EV batteries."

A standalone battery business would have major appeal to investors, particularly those focused on environmental, social and corporate governance. Some in that category aren’t currently able to hold LG Chem stock because of its petrochemical products, according to Newman.

“Even though they’ve got this world-beating, strong battery business - currently the No. 1 in the world - they don’t get the benefit, because the petrochemical business is effectively a negative on the stock," Newman said. LG Chem’s market capitalisation of about $40 billion compares to battery sector rival CATL’s value of about $83 billion.

Electric-car makers and associated businesses have also been welcomed with open arms by investors this year. Shares in Chinese EV manufacturer NIO Inc. are up almost 600% since January while Xpeng Inc and Li Auto Inc have also had stellar debuts.

Investors are watching closely for a potential LG Chem battery unit IPO “because that’s going to be the hot one that everyone wants to get hold of," Newman said.

Hiving off the battery unit should also improve the division’s access to capital and help accelerate expansion efforts, according to BloombergNEF analyst Daixin Li. LG Chem, which currently has the largest manufacturing capacity, is aiming to more than double that volume to about 260 gigawatt hours by 2023 from an estimated 120 gigawatt hours this year, by adding facilities in China, Poland and the US.

LG Chem’s “current plant scale-up heavily relies on revenue from other business units such as petrochemicals and materials," Li said in a note last month. “Greater access to outside capital will facilitate capacity additions."