India may try to attract battery makers to produce locally with incentives to the tune of $4.6 billion.Local manufacturing could bring down costs of batteries, a key component in an electric vehicle, making such vehicles more affordable.
By : HT Auto Desk
| Updated on: 28 Sep 2020, 09:47 AM 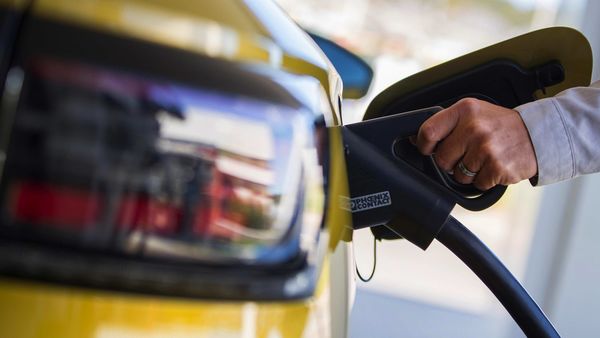 File photo of an electric car being charged used for representational purpose.

A battery unit is at the core of an electric vehicle (EV) and is often likened by many to be its heart and brain rolled into one. As such, the cost of a battery also forms a big chunk of the final price of the EV itself. At a time when battery makers are trying to make these more reliable and offer more range, there is also a clear emphasis on making them more affordable, and local production could go a long way in bringing down costs and making the EVs more affordable. Little wonder then that India is reportedly contemplating incentives to global battery makers to start production here - a move, if set in motion, could translate to your next EV becoming a more affordable than it is presently.

According to a recent Reuters report, a proposal drafted by NITI Aayog recommends incentives of $4.6 billion by 2030 for companies manufacturing advanced batteries, starting with cash and infrastructure incentives of 9 billion rupees ($122 million) in the next financial year. While the country as a whole is looking at reducing its oil import bill - India is one of the largest oil importers in the world, the incentives could also come as a shot in the arm for EV makers in India, like Tata Motors and Mahindra and Mahindra. It could also make international players in the Indian automobile scene concentrate on EVs here with more enthusiasm.

Take China's case, for example. The country is the world's largest EV market and buyers here have choices galore - from small hatchbacks to luxury SUVs, from local players to giants like Tesla and Volkswagen. Apart from a slew of incentives which make EVs very affordable, China is also home to 80% of the world's lithium-ion cell production. Local manufacturing keeps costs down which, in turn, helps keep prices relatively lesser.

At a time when India is looking for a big push towards electric mobility, factors such as a scrappage policy for old vehicles, supporting infrastructure and options in the market will have a bearing on whether the push does come to a shove, in a good way of course. The biggest factor, however, would be how affordable EVs can be here and local battery production could indeed put such vehicles within the reach of the common citiz.