What has the Delhi govt done with 1,298 cr green fund in six years? Details here 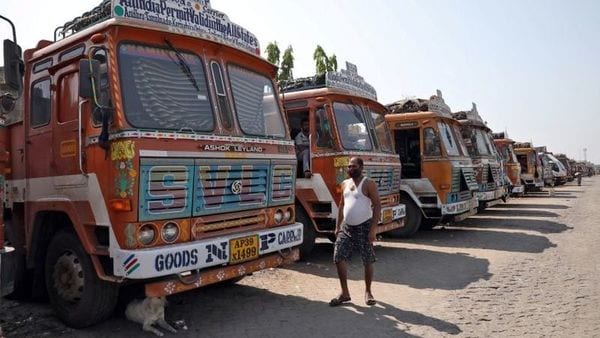 The green fund cess is collected from diesel trucks and deposited with the Delhi Transport Department.

The Delhi government has spent only 21 per cent or one-fifth of the whopping ₹1,298 crore collected as an environment compensation charge from diesel-guzzling trucks entering the national capital in the last six years, according to official data. The green tax was imposed on the directions of the Supreme Court and it is collected by the South Delhi Municipal Corporation (SDMC). The cess is deposited with the Delhi Transport Department, reports PTI.

The report claims that since November 20, 2015, the Delhi government has utilized only ₹281.5 crore of the ₹1,298 crore collected as an environment cess on green projects. The data has been revealed by the state government while replying to an RTI application.

The RTI reply says that the government released ₹93 lakh to the SDMC in FY2016-17 as pre-tendering incidental cost of RFID project which involved the installation of automatic radio frequency identification devices at Delhi's border points for collection of toll and environment cess.

It also sanctioned another ₹15 crore from the amount for a pilot project which involved using Hydrogen-enriched CNG in 50 state-run buses in 2018-19 and 2019-20 to reduce pollution and improve fuel economy. However, the project has since been put on the backburner.

In December 2021, PTI reported that the government spent ₹527 crore on green activities out of the ₹547 crore collected in the Air Ambience Fund since 2008. The Air Ambience Fund was set up in 2008 and collected through the Department of Trade and Taxes. This fund gets 25 paise from the sale of each litre of diesel in Delhi.

The fund has been utilized for grant of subsidy to battery-operated electric vehicles, e-rickshaws, odd-even drive, maintenance of the biogas plant at the Delhi Secretariat, operating online air monitoring stations, study on real-time source apportionment, installation of smog tower and salary of environment marshals, as the government has revealed.