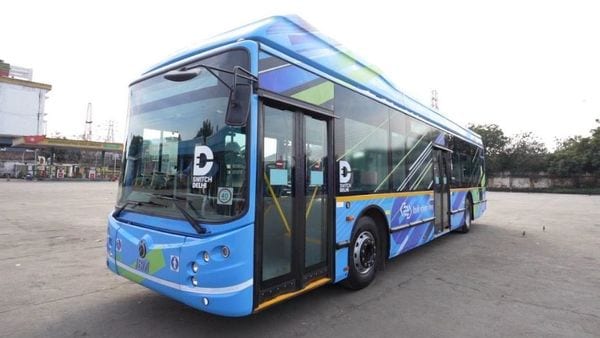 This photo of an electric DTC bus was tweeted by Delhi Transport Minister Kailash Gehlot.

The Delhi Transport Corporation is all set to welcome electric power with the first prototype of an electric bus arrived after a considerable wait period. Delhi Transport Minister Kailash Gehlot took to Twitter to announce that Chief Minister Arvind Kejriwal will flag off this electric bus which could be a major boon in the city's fight against pollution.

According to news agency PTI, DTC is purchasing as many as 300 electric buses. Deliveries were scheduled to begin from November of last year but the timeline had to be pushed back due to factors including the pandemic. The larger plane, however, is to have around 3,500 electric DTC buses operating in the city. This could have a potentially positive impact on the notorious air quality levels in the city which is also caused by vehicular emissions from here.

At present, DTC operates buses powered by CNG which may not be as polluting as diesel-powered heavy vehicles but still aren't exactly low emissions. Many have also pointed to the ageing condition of these buses. It is not clear yet if the new electric buses will replace some of the older CNG buses currently in operation. But it surely will give a boost to Delhi's ambitions of being the leader in of India's EV movement.

The DTC Board has approved plans of having 1,015 electric low-floor air-conditioned buses.

The move towards electric mobility has gathered pace and Delhi and several other states are backing battery power as the future of mobility. While bulk of the thrust is coming from the two and three-wheeler segments, even manufacturers like Hyundai and MG Motor India have confirmed plans of a more affordable EV to take on Tata Motors, the company with a dominant say at present when it comes to personal electric cars.