Waymo co-chief executive officer Tekedra Mawakana shared that the company has already given free rides to hundreds of people in its self-driving vehicles. Waymo is trying to tap the markets for ride-hailing, trucking, local delivery and then eventually for personal car ownership.
By : HT Auto Desk
| Updated on: 07 Dec 2021, 17:23 PM 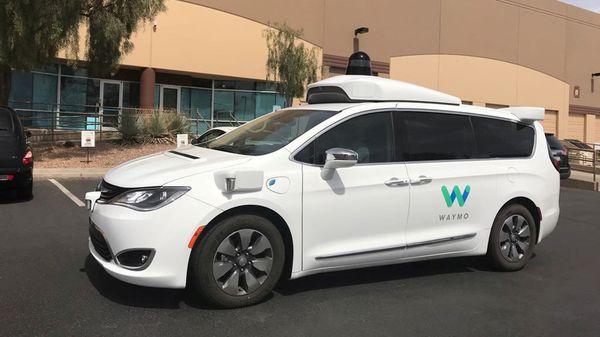 File photo of Waymo self-driving vehicle. (Used for representation only)

Waymo's co-chief executive officer Tekedra Mawakana informed that hundreds of people have taken a ride on its robotaxis since the company began its test rollout in San Francisco in August. Mawakana also added that tens of thousands more are currently on the waiting list. The company has invested billions of dollars in financing to develop autonomous cars and trucks, however, the progress on a large scale has not been noteworthy.

Waymo, founded in 2009, is currently testing its self-driving cars in San Francisco which constitutes around 9,00,000 people. It is the company's second test site. Mawakana shared that the brand is trying to find out ways to tap the markets for ride-hailing, trucking, local delivery and then eventually for personal car ownership. “We are building a business. So we're really focused on how to commercialize this technology," she added.

In its San Francisco testing, the company has been giving free autonomous rides to people using Jaguar electric vehicles. Mawakana shared that Waymo has intentionally selected diverse testers to ensure feedback is representative of the broader population. For instance, half of its San Francisco riders are women. “In San Francisco, we were very focused on making sure that there was gender diversity because safety and transportation is such an issue. Not only safety on the roads but also physical safety," she said.

The company also has been offering paid rides in self-driving minivans outside of Phoenix since last year in October. It has also been hauling freight using autonomous semi-trucks in Texas for several months. In September, Waymo and its rival Cruise, which is backed by General Motors Co received one of the two regulatory permits to offer autonomous rides to passengers in California.