An illegal 800-vehicle meet caused heavy traffic and disruptions on the road as hundreds of people watched the gathering.
By : HT Auto Desk
| Updated on: 10 Aug 2020, 12:06 PM 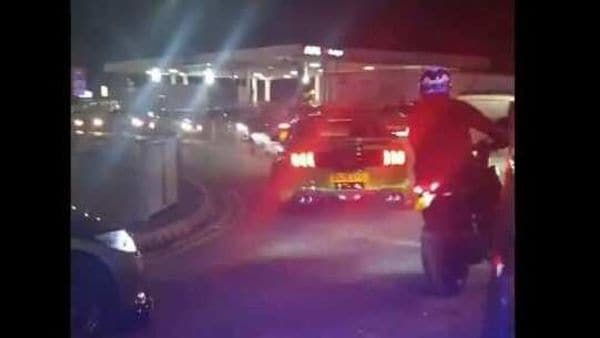 A massive gathering of an estimated 800 vehicles in Enfield, North London was shut down by local police authorities on Saturday night. The illegal gathering caused heavy traffic and disruptions on the road as hundreds of people watched the cars taking to the streets, Daily Mail reported.

As people blocked the roads to watch these car racers rev their engines and drift around the busy street, they also flouted social distancing norms. Soon, police officials were spotted at the scene as they started stopping vehicles and issuing tickets to them, with the illegal event eventually closing down.

One of the videos posted on Twitter by Enfield Highway SNT Police shows many cars lined up in a long queue while the crowd watched the meet. Another video shows numerous motorbikes and cars turning away as they see police officers.