Home Auto News Volkswagen To Renew Push For Peace Between Ceo And Unions Next Week: Sources

Volkswagen to renew push for peace between CEO and unions next week: Sources

Volkswagen CEO Herbert Diess has demanded a contract extension and more backing for his reform efforts from VW's stakeholders.
By :
| Updated on: 10 Dec 2020, 07:03 PM 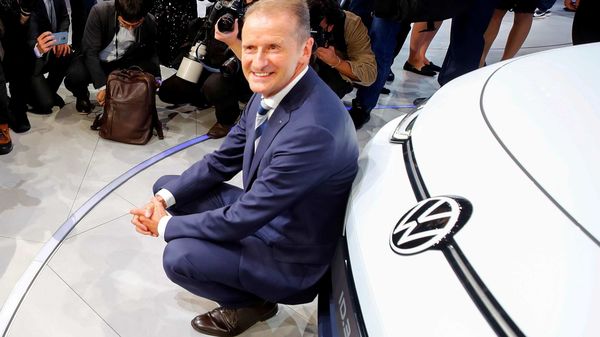 Volkswagen's supervisory board will meet on Thursday next week in a renewed effort to soothe tensions between the German carmaker's labour leaders and its chief executive, two people familiar with the matter told Reuters.

CEO Herbert Diess has demanded a contract extension and more backing for his reform efforts from Volkswagen's stakeholders, but he has met resistance from powerful worker representatives.

Diess has sought to lower costs in Germany to free up resources for a mass electrification push, in a bid to transform Volkswagen into a tech company.

Diess and Bernd Osterloh, Volkswagen's chief labour representative, have clashed over key issues including appointments to the management board and whether to extend Diess's contract beyond 2023.

Now Volkswagen's supervisory board Chairman Hans Dieter Poetsch is seeking to find a solution before Christmas, one of the people familiar with the deliberations told Reuters.

During a meeting on Wednesday, the company's stakeholders failed to reach consensus and pledged to continue discussions as they seek to solve the management stalemate.