Home Auto News Volkswagen Id.buzz Cargo Won't Be Offered In Us. Know Why

Volkswagen ID.Buzz Cargo won't be offered in US. Know why 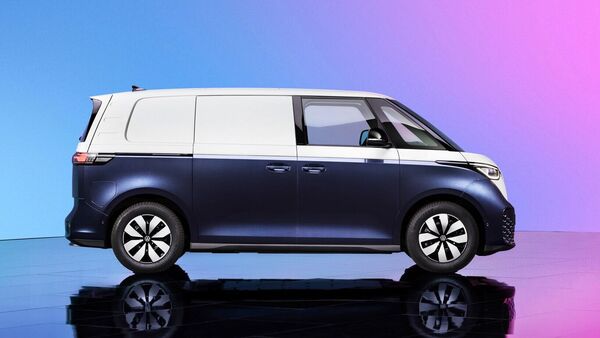 Volkswagen recently launched its much-awaited Volkswagen ID.Buzz electric vehicle and the auto major informed that several variants of the EV will be made available. However, the ID.Buzz Cargo variant will not be offered in the United States because of a tariff called Chicken Tax. It is a 25 per cent tax that is applied on light trucks that are made outside America. The Cargo model falls in the category of the commercial van and since all the models of the EV will be manufactured in Germany, the Chicken Tax on this particular model may hike its price to an exorbitant level.

Volkswagen has informed it will launch a short wheelbase five-seater passenger version along with a cargo model and these models go on sale in Europe. America will have to wait as Volkswagen intends to offer a long-wheelbase model like a seven or eight-seater vehicle and it will be launched in 2024. Volkswagen has also planned a California version of ID.Buzz that will be similar to the 2017 concept and will hit the city in 2025.

The Cargo version of the electric vehicle comes with 137.7 cubic feet of space and presently offers a 77 kWh, 204 bhp battery pack. The position of the battery has been integrated deep down in the sandwich floor and the lightweight electric drive system will help in weight regulation and a low vehicle centre of gravity. The Volkswagen ID.Buzz Cargo comes with a drag coefficient of 0.29 that reduces energy consumption and increases the EV's range.