Volkswagen Group to cut 60% of combustion cars by 2030

Volkswagen Group may give up on the race to be the world's largest car manufacturer for the title of a formidable player in the electric vehicle segment worldwide.
By : HT Auto Desk
| Updated on: 06 Apr 2022, 05:05 PM 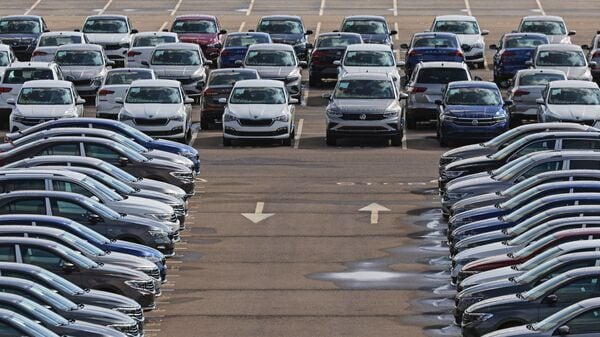 File photo: New cars are seen parked at the plant of Volkswagen Group.

That Volkswagen Group has massive electric vehicle plans and targets has been well established and has been known for quite some time now. But in its ambitious move to take on the likes of Tesla - the current EV leader in the world, the company is going ahead steadfast to replace its fleet of conventional vehicles with those powered by battery. In a recent interview to UK's Financial Times, Volkswagen Group CFO Arno Antlitz highlighted how it may all boil down to quality over quantity while still cutting down on how many petrol or diesel-powered vehicles are manufactured.

There are at least 100 models under the Volkswagen Group brand portfolio which are either powered by a petrol engine, a diesel motor or with both options. For Antlitz, it may well be a more streamlined process going forward. “The key target is not growth. We are more focused on quality and on margins, rather than on volume and market share," he was quoted as saying, adding that the plan is to cut down on conventional models over the course of the next eight years.

But it may now be a change of course in terms of previous strategy to become thr world's largest car manufacturer, a war for which has or had been waged against Toyota and GM. In recent times, Volkswagen Group has doggedly pursued Tesla and recognizes the inevitable shift towards battery-powered mobility. The ID range of electric cars under Volkswagen or even the strategy to have only electric Bentleys from 2030 is a clear sign of this. Audi and Porsche too have been working increasingly towards electric performance and SUV models while the Skoda Enyaq iV has been making noises in select markets.

In India though, Volkswagen has made it clear it isn't thinking on the lines of bringing in its EVs just yet even though the likes of Audi and Porsche under the Volkswagen Group have driven in their luxury - and expensive - offerings.