The imported Volkswagen Tiguan, expected to be priced around ₹20 lakh, will be pitted against the Hyundai Creta, Kia Seltos, MG Hector and Tata Harrier, among others.
By : PTI
| Updated on: 14 Feb 2021, 05:42 PM 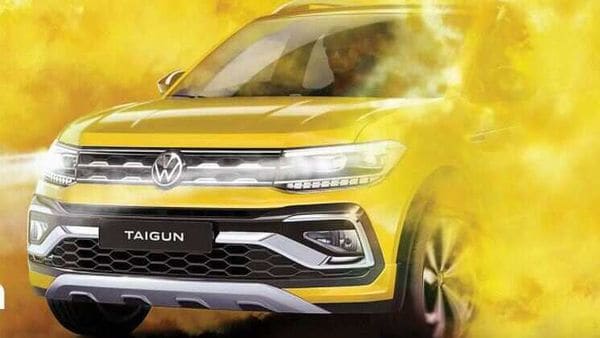 After the 'dieselgate' crisis and the resultant reorganisation of its operations here in late-2018, Volkswagen Passenger Cars India is set for a comeback, boosted by the recovery seen in the past few months, and is also on course for a pre-Diwali launch of its much-awaited compact SUV Taigun.

The company, which had two launches in 2020 as part of its India 2.0 plan under which it was to invest 1 billion euros, is also expanding its reach by adding 15 more touchpoints to 160 this year, Volkswagen Passenger Cars India Brand Director Ashish Gupta told PTI over the weekend.

In 2020, the company had launched the 5-seater SUV T-Roc, which was sold out within two months of the launch despite with a price tag of ₹19.99 lakh, and the 7-seater SUV Tiguan AllSpace.

Of the 145 touchpoints, he said 103 are full-service dealerships and the rest are just service centres, and going forward, expansion will be mostly of service centres and that too in small towns.

Gupta also said the German headquarters have already competed the committed 1-billion euro investment and is now on the growth path with focus on profitability.

"In a market where the top-two players alone control almost three-fourths of the market, too much focus on volume does not make sense. Therefore, we are not looking at volume but sustainable existence, with profitability," he said.

He, however, said profitability is still at some distance away as they have been in the investment mode so far.

"For us, 2021 is the year of the Taigun. We are working on a mid-third quarter launch for the compact SUV, which is built on the MQB-AO platform. This is our make-or-break model," Gupta said.

The company is well on track since the past four-five months clocking excellent volumes.

"Both the T-Roc and Tiguan Allspace are huge hit having sold out within two months of the launch.

"This January, we sold 60 per cent more units (more than 1,000 units) than in the same month in 2020," he said without disclosing the exact number.

The imported Tiguan, expected to be priced around ₹20 lakh, will be pitted against the Hyundai Creta, Kia Seltos, MG Hector and Tata Harrier, and others.

While the overall passenger car market plunged 17 per cent in 2020 due to the pandemic, the compact SUV segment was the only category to close the year in the green with 5 per cent volume growth.

The existing auto import norms allow a manufacturer to ship in only 2,500 units annually without homologation.

Including diesel units, its volume stood at 15,400 units in 2020 but still way lower than 32,400 units it had sold in 2019. Its entry model sedan Ameo was a volume grosser but was discontinued in 2020 as part of quitting the diesel segment.

Another key area of focus is meeting the localisation target of 95 per cent. Currently, we are at 83-92 per cent, which should go up as we launch more models, Gupta said.

He expects the Taigun to be the volume grosser and be the maker or breaker of their India plans.

Whether prices will go up following the customs duty hike on imported spare-parts in the Budget, he said the finance team is evaluating it.

Volkswagen, which has a target of cornering 5 per cent of the domestic market by 2025, is among the smallest when it comes to the market share with under-0.5 per cent now.

Currently, it sells just four models - the hatchback Polo, the sedan Vento, the 5-seater T-Roc, and the 7-seater Tiguan Allspace.