Consumers are avoiding crowded public transit and relying more on their personal vehicles to get around.
By : Bloomberg
| Updated on: 16 Apr 2020, 07:39 PM 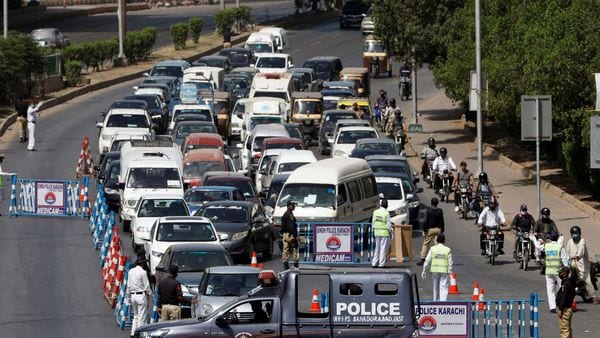 Last week, residents of Punjab could gaze north and see something not visible for decades: the Himalayas.

India’s lockdown and the ensuing major reduction in air pollution granted people as far as 100 miles away a view of the mountain range. A few weeks before that, photographer Gabriel Duarte posted a cloudless, pollution-free image of Los Angeles nearly devoid of cars (and their tailpipe emissions). Both are visions of an unusual present, but we should ask ourselves how much they represent the future, as well.

Bloomberg Opinion’s Conor Sen wrote Tuesday that “social distancing requirements for transportation" could mean that as commuting returns in force, “we may end up with more cars on the roads and traffic jams as people avoid public transportation." We’re already seeing Sen’s hypothetical become real in one major market where post-lockdown traffic is returning: China.

Earlier this year, daily highway vehicle traffic volumes in China were lower than they had been a year earlier thanks to reduced activity during lockdown. By early March, however, China’s daily traffic was consistently above that of a year before. Car-buying in Wuhan, the original epicenter of Covid-19 and the first city to be sealed off to prevent its spread, has also rebounded. As an Audi AG sales representative said, “It’s like a boom after a two-month dormancy. I thought sales would be frozen."

There’s one exception to the increase in China’s highway traffic: the Qingming or Tomb-Sweeping Day festival in early April, when far fewer cars were on the road than a year earlier. That suggests people are commuting more by car but still reducing their holiday travel.

U.S. public transit operators, already feeling the economic pinch of lockdown, are starting to adjust service accordingly. Los Angeles Metro is now running its modified Sunday service every day of the week in response to fewer travelers. According to Los Angeles Times transportation reporter Laura Nelson, Metro staff estimate that the cuts represent a 29% annual reduction in bus service and a 14% annual reduction in rail service. It’s a big move, but it’s also exactly in line with what Spain’s Labor Minister Yolanda Diaz said late last month: “We need to reduce mobility and turn all of the days of the week into Sundays."

In an essay published Monday, independent analystBenedict Evans wrote that due to Covid-19, “we’re going through a vast, forced public experiment to find out which bits of human psychology will align with which kinds of tool"—that is, which of the online services we’ve been forced to turn to under social distancing will remain a part of our lives even once the quarantine has passed. Evans applies that analogy to consumer and business technology, but it applies to our residential spaces, our office spaces (eventually), and particularly to transportation.

Covid-19 has brought about changes that urban planners once only dreamed about. The city of Oakland, California has designated 74 miles of neighborhood streets for “bikes, pedestrians, wheelchair users, and local vehicles only." New Zealand’s transport minister has announced the country will provide funding for 90% of the cost of pop-up cycleways and footpaths. This is our present moment in transport.

But it won’t last forever. When we exit our however-long-it-will-be of weekdays that feel like Sundays, people will start moving again. China’s example suggests that personal car traffic will more than rebound—and that public transit will not.