The EPA said the fuel economy of the US fleet fell by 0.2 mpg and most manufacturers are using banked credits to meet current compliance requirements.The shift to larger vehicles was the biggest factor hurting fuel economy. In 2019, 44% of the fleet were cars and 56% were light-duty trucks.
By : Reuters
| Updated on: 07 Jan 2021, 12:50 PM 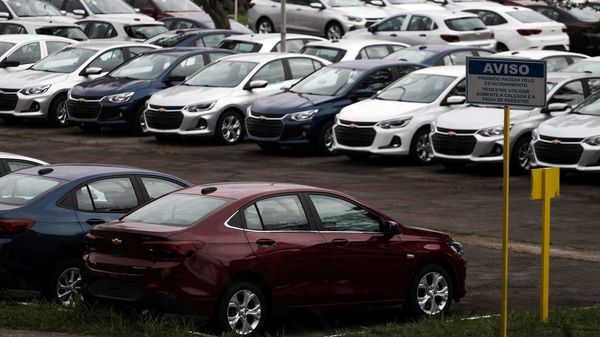 The US vehicle fleet's fuel efficiency in the 2019 model year fell to 24.9 miles per gallon (mpg) as more Americans bought larger sport utility vehicles instead of cars, the Environmental Protection Agency said on Wednesday.

The EPA said the fuel economy of the US fleet fell by 0.2 mpg and most manufacturers are using banked credits to meet current compliance requirements. It said fuel economy and emissions have improved in 12 out of the 15 years since the 2004 model year vehicle fleet average of 19.3 mpg.

Automakers with better performance than the requirements can sell excess credits to other automakers.

The shift to larger vehicles was the biggest factor hurting fuel economy. In 2019, 44% of the fleet were cars and 56% were light-duty trucks, a category that includes SUVs, the highest percentage of trucks on record. SUVs alone account for almost 50% of US vehicle production.

The EPA also said average vehicle weight and horsepower hit records in the 2019 and were on place to rise again in 2020. Horsepower is up 79% since 1975 for all vehicles.

The EPA also disclosed that through the 2019 model year, Tesla Inc has sold 39.8 million megagrams in credits, while FCA has purchased 82.1 million credits, the most of any automaker.

President-elect Joe Biden has vowed to reverse the Trump administration's rollback of Obama-era fuel economy requirements, while EPA Administrator Andrew Wheeler said the report "shows in detail how few auto manufactures were able to meet the unrealistic emissions standards set by the Obama Administration without resorting to purchasing emission credits."

The EPA also said that early projects suggest fuel economy will jump to 25.7 mpg in the 2020 model year, which would be a new record.