GM reported stronger-than-expected fourth-quarter US sales gains on Tuesday, and Toyota’s results came in almost exactly where analysts projected.Nissan Motor Co. also beat estimates for the latest quarter but had its worst year in more than a decade.
By : Bloomberg
| Updated on: 06 Jan 2021, 10:15 AM

The GM logo is seen at the General Motors plant in Sao Jose dos Campos, Brazil,

Automakers reported a mixed bag of sales for the last quarter of 2020, with General Motors Co. and Toyota Motor Corp. posting strong results thanks to pent-up retail demand for their cars and trucks.

Manufacturers sold 16.3 million new vehicles on a seasonally adjusted annualized basis in December, down from a rate of 16.7 million a year ago, according to Wards Intelligence. Strong retail sales in the third and fourth quarters bolstered full-year results despite an uncertain economic outlook, lower fleet sales and the lingering pandemic. Total deliveries last year came to 14.5 million vehicles, according to Wards, the lowest since 2012.

GM reported stronger-than-expected fourth-quarter US sales gains on Tuesday, and Toyota’s results came in almost exactly where analysts projected. Fiat Chrysler Automobiles NV managed to top estimates, even though deliveries fell below a year ago.

Nissan Motor Co. also beat estimates for the latest quarter but had its worst year in more than a decade. The only two misses came from Honda Motor Co. and Hyundai Motor Group.

The overall resilience of the US market, which saw annualised sales plunge to more than 40-year lows in April as automakers temporarily closed factories and showrooms, has buoyed profits and kept dealer inventories tight.

Automakers are poised to ride their momentum from late 2020 into the new year, which may show continued improvement in demand for cars and trucks.

“We look forward to an inflection point for the US economy in spring," GM Chief Economist Elaine Buckberg said in a statement. “Widening vaccination rates and warmer weather should enable consumers and businesses to return to a more normal range of activities, lifting the job market, consumer sentiment and auto demand."

Toyota officials said Tuesday they expect industry sales this year to bounce back to 16 million vehicles, citing anticipated improvements from more-widespread vaccinations, continued low interest rates and the launch of many new vehicles.

But automakers are restrained by limited inventories as they rush to make up for production shutdowns early in 2020. “The industry is going to be supply-challenged" until mid-year, Bob Carter, Toyota’s North America sales chief, told reporters.

Here are highlights (and lowlights) from the companies that have reported results for December:

The Japanese automaker remains dependent on sedans, which saw bigger declines than its SUVs and trucks in December. A drop in demand for passenger cars such as the Civic compact last month offset gains for light trucks including its best-selling CR-V compact crossover and mid-size Pilot SUV.

Fiat Chrysler sales fell 8% in the fourth quarter to 499,431 vehicles, as a sharp drop in orders from rental-car companies buffeted by the pandemic offset strong retail demand. Inventory shortages hurt deliveries of the company’s top-selling brands: Jeep, off 4% and Ram, down 5% -- although Fiat Chrysler noted that Ram had its best retail month ever in December.

The loss of fleet customers contributed to a 17% decline for the full year to 1.8 million. 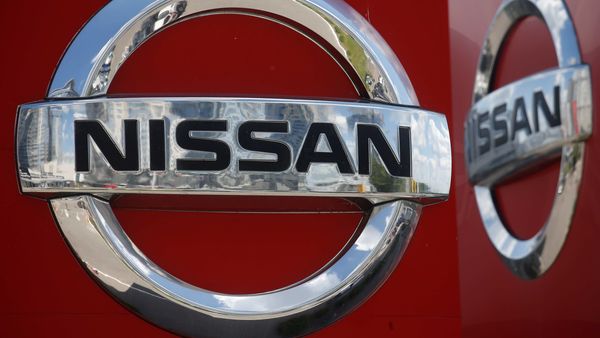 Nissan’s woes continued as it posted an eighth straight quarterly decline, with sales dropping 19% in the last three months of 2020. Bucking an industry trend, the company’s worst performers included sport-utility vehicles such as its full-size Armada, mid-size Pathfinder and the small Frontier pickup.

Nissan’s deliveries sank 33% to 899,217 vehicles for the year-- the lowest since 2009, when sales totaled just 770,103 amid the Great Recession. The company is ailing from an aging lineup and managerial turmoil in North America and at its Yokohama headquarters.

Toyota, which owns almost half its home market, posted a 20% surge in US sales from a year ago in December and a healthy 9.4% gain to 660,715 vehicles in the fourth quarter.

Toyota expects that trend to continue. “As we look to 2021, we can see hybrids being 20%-25% of our business," Bob Carter, Toyota’s executive vice president for North American sales, told reporters last month.

The Detroit automaker set the pace for its peers with a 4.8% increase in quarterly deliveries to 771,323 vehicles -- its best fourth quarter for retail sales since 2007. Average transaction prices in the three-month period climbed to a record $41,886, a testament to GM’s embrace of bigger sport-utility vehicles such as the Chevrolet Tahoe and GMC Sierra pickups. 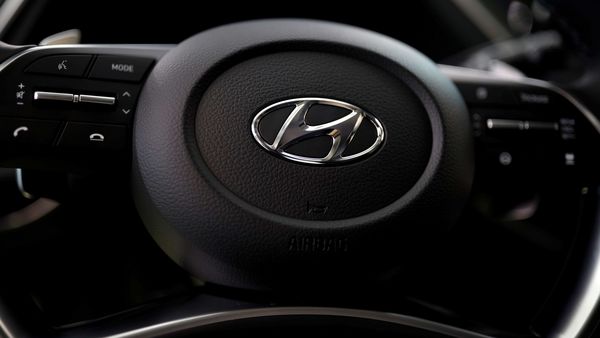 FILE PHOTO: The logo of Hyundai Motors is seen on a steering wheel (REUTERS)

Hyundai Motor Co. has been on a roll with slick SUVs including its full-size Palisade and compact Venue. It posted a 2% gain in December from a year ago and 2% drop for the fourth quarter to 178,844 vehicles. SUVs made up 70% of its retail sales last month.

For the year, the Korean company’s US sales fell 10% to 622,269 vehicles, pulled lower by a plunge in fleet deliveries to commercial customers.