Nitrogen dioxide released from car exhausts is a serious air pollutant, which indirectly contributes to the warming of the planet.
By : ANI
| Updated on: 13 Sep 2020, 15:02 PM 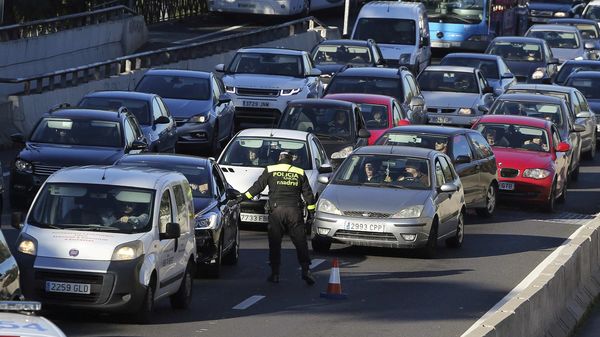 Speed limits on stretches of motorways in England will be reduced as a trial measure to reduce air pollution, Highways England announced on Saturday.

Limits on motorways are currently set at the national maximum of 70 mph (112 km/h). Under the new plan, this will be reduced to 60 mph (96 km/h) along four pilot stretches of motorway by the end of this month.

It is the first time the government has planned reducing the maximum speed limit to tackle vehicle emissions.

Nitrogen dioxide released from car exhausts is a serious air pollutant, which indirectly contributes to the warming of the planet and aggravates the airways in the human respiratory system.

Over the next 12 to 15 months, Highways England, a government-owned company, will test the impact of lower speeds on localised pollution. If proven effective, the plan could remain in place and lead to speed reductions in other parts of the country.

Motorists could be hit with a 100 pound fine (128 US dollars) and three penalty points for breaching the lower limit.

"Ultimately the air-quality challenge will be solved 'at the tailpipe' by vehicle manufacturers and changes in vehicle use. Until this happens, we will continue our extensive program of pioneering research and solutions," said Ivan Le Fevre, head of Environment at Highways England.