UK car sales drop 90% in May after lockdowns closed showrooms

New car registrations in the UK plunged almost 90% from a year earlier as automakers sold just over 20,000 cars.Still, deliveries in May were an improvement from April when automakers sold just 4,231 cars, the lowest since shortly after the end of the second world war.
By : Bloomberg
| Updated on: 04 Jun 2020, 10:44 AM 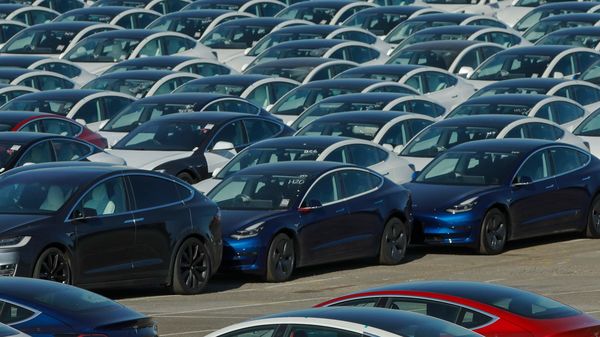 Automakers in the UK sold just over 20,000 cars in May with dealerships shuttered for a second month.

New-car registrations plunged almost 90% from a year earlier, according to preliminary figures from the Society of Motor Manufacturers and Traders. Final sales data will be released later Thursday.

Britain’s car industry is sputtering back to life from a virtual standstill brought about by the coronavirus. Dealerships closed since mid-March have started to reopen as of June 1 with an easing of a national lockdown. Factories also are re-starting production with social distancing measures in place to stunt the spread of the virus, spread at carmakers including Jaguar Land Rover, Nissan Motor Co. and Honda Motor Co.

Still, deliveries in May were an improvement from April when automakers sold just 4,231 cars, the lowest since shortly after the end of the second world war. Elsewhere in Europe, the car industry showed tentative signs of a recovery with sales in France falling 50%, an improvement over April’s 89% plunge while Spain also showed a slight recovery.

The SMMT has estimated that dealership closures cost the UK Treasury 61 million pounds ($77 million) a day in lost taxes and state-wage support, while the lost output is expected to cost the sector as much as 12.5 billion pounds.