UK carmakers like Aston Martin and McLaren joined a string of European companies announcing severe job cuts in the wake of the coronavirus outbreak.
By : Bloomberg
| Updated on: 05 Jun 2020, 10:16 AM 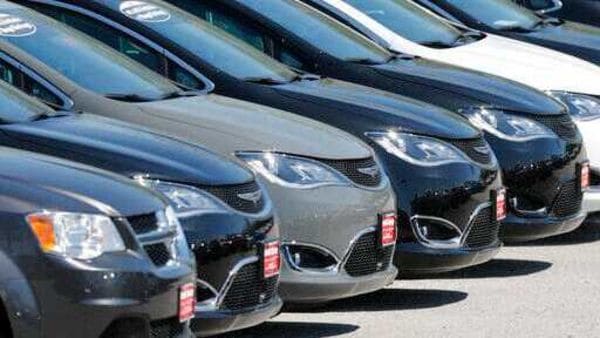 Auto sales around Europe have crashed, though countries including the UK, France and Germany have all reported partial recoveries in May. (File photo used for representational purpose).

The UK car industry joined in a round of job cuts that has swept Europe, with auto companies looking to downsize to cope with lower sales following the Covid-19 pandemic.

Aston Martin Lagonda Global Holdings Plc said Thursday it plans to eliminate almost 20% of the workforce, or as many as 500 positions, to cope with a slump in demand for luxury cars. Manchester-based vehicle-distributor Lookers Plc will close 12 sites and shed about 1,500 employees, while McLaren Group Ltd. said last week the supercar maker is seeking to cut about 1,200 jobs.

The trio join a string of European companies announcing severe cuts in the wake of the coronavirus outbreak, with Renault SA, BMW AG and Scania AB all initiating retrenchment processes over the past week. Government-imposed lockdowns across the continent forced the closure of factories and showrooms from about March, leaving would-be car buyers stuck at home.

Sales around the continent have crashed as a result, though countries including the UK, France and Germany have all reported partial recoveries in May. British sales declined 89% compared with the same month last year, the Society of Motor Manufacturers and Traders said Thursday, although a gradual reopening of the economy -- including car dealerships --- could lead to a better performance in June.

Aston Martin will begin consulting with employees and unions in coming days about building fewer front-engined sports vehicles, the Warwick, England-based company said in a statement. The automaker is targeting savings of about 18 million pounds ($22.6 million) in operating and manufacturing costs, while also lowering capital expenditure by a further 10 million pounds.

Lookers, which is dealing with accounting irregularities on top of the shuttering of showrooms, said trading has resumed but at lower capacity than before the outbreak. The company has an annual savings target of 50 million pounds from its restructuring plan.

Aston Martin is reducing the workforce just two months after Canadian billionaire Lawrence Stroll led a 536 million-pound capital infusion that was meant to rescue the debt-laden company. In May, the carmaker ousted Chief Executive Officer Andy Palmer in favor of Tobias Moers, who leads Daimler AG’s Mercedes-AMG performance division and will join Aston Martin on Aug. 1.

(Also read: Renault to lay off 400 employees at this unit)

Aston Martin had been focused on the introduction of the pivotal DBX, a $189,000 sport-utility vehicle at the heart of the company’s comeback strategy. The company is banking on the model selling in higher volumes than its iconic sports cars made famous in the early James Bond movies.

The automaker reiterated Thursday that the DBX remained on track for deliveries in the summer, and has a “strong order book".