Europe’s auto sector emerges from a double blow dealt by the health crisis. It first snarled manufacturers’ supply chains that were reliant on parts from China.Then strict lockdowns in countries kept factories and dealerships shut overnight, leaving car inventories to pile up.
By : Bloomberg
| Updated on: 30 May 2020, 10:14 AM 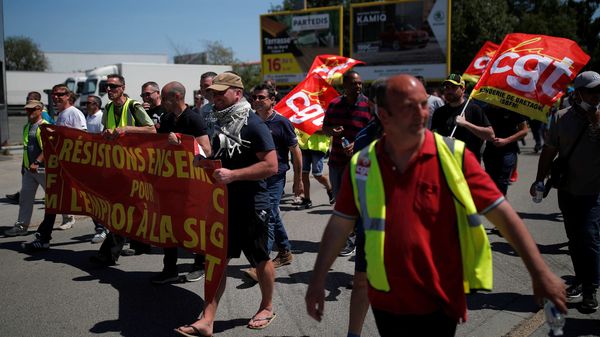 Employees on strike of the Fonderie de Bretagne plant, a subsidiary of Groupe Renault, hold CGT labour union flags during a demonstration against the possible closure of their plant in Caudan, France.

The extent of the devastation wrought on the European car industry by the coronavirus pandemic came into sharp focus on Friday when a sampling of major vehicle and parts manufacturers from France to Sweden revealed plans for at least 35,000 job cuts.

Renault SA said it will eliminate about 14,600 workers worldwide and lower production capacity by almost a fifth as part of a sweeping three-year overhaul. The cuts in France were unveiled just as Stockholm-based Autoliv Inc., the world’s largest supplier of seat belts and airbags, said it’s also culling workers. And in Germany, BMW AG chimed in with sweetened incentives to get 5,000 workers to leave, while supplier ZF Friedrichshafen laid plans to eliminate as many as 15,000 positions.

The thinning-out come as the continent’s auto sector emerges from a double blow dealt by the health crisis, which first snarled manufacturers’ supply chains that were reliant on parts from China, where the outbreak began. Then strict lockdowns in countries like France, Germany and the U.K. shut factories and dealerships overnight, leaving consumers at home and car inventories to pile up. As people around the world begin to emerge from self-isolation, there’s no telling when the public will start shelling out to buy new cars again.

“This adverse economic situation has shown the limits of our business model, which was betting on unprecedented market growth in emerging markets," acting Renault Chief Executive Officer Clotilde Delbos said as she provided details about how the bloated company would proceed with a deep and painful downsizing following years of expansion.

The measures by the European companies herald a tricky time for politicians and top management. Governments extended unprecedented financial aid to keep businesses afloat and workers employed, and now companies are facing the necessity to re-size their industrial footprint to reflect shrinking demand. 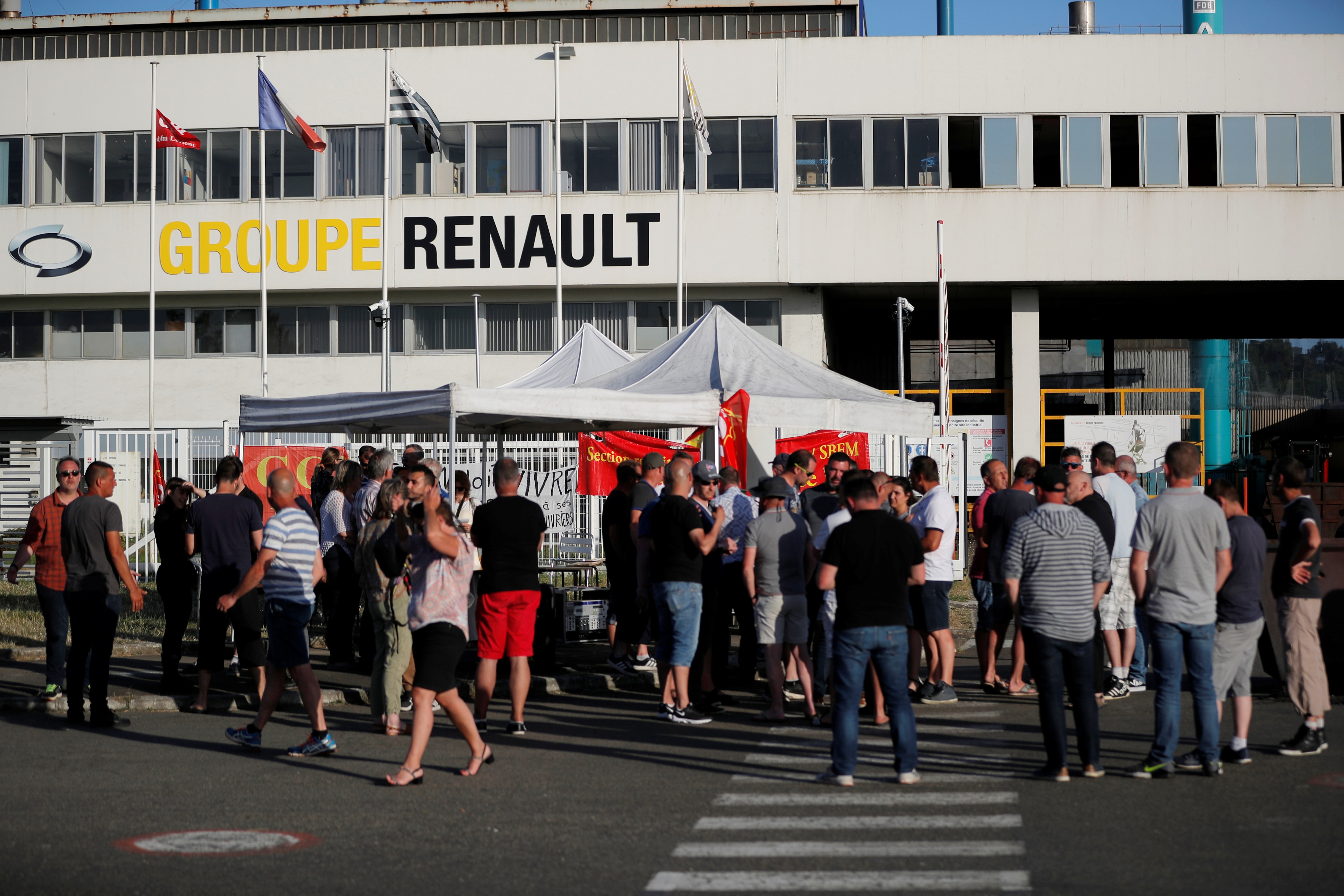 Renault workers gather in front of the Fonderie de Bretagne, a subsidiary of Groupe Renault, in Caudan, France. (REUTERS)

Renault’s plan includes the politically delicate task of trimming 4,600 positions in France, or about 10% of the carmaker’s total in its home country, through voluntary retirement and retraining. More than 10,000 further jobs will be scrapped in the rest of the world, pruning a global workforce of about 180,000 people.

The measures round off a decisive week for the French company and its Japanese partners Nissan Motor Co. and Mitsubishi Motors Corp., drawing a line under a two-decade era of aggressive expansion under the alliance’s former leader, Carlos Ghosn, who was arrested in late 2018.

The European car industry is particularly hard hit by the pandemic crisis because of overcapacity before the virus hit. Fiat is asking for a $6.9 billion state-backed loan to save its Italian operations and Volkswagen AG is facing pressure from German labor groups worried about job cuts at home. In Spain, Renault’s partner Nissan is contending with angry workers protesting a plan to close a plant in Barcelona, while French unions have called for a strike at a plant in the north of the country.

In Germany, BMW is treading carefully around head-count reduction, negotiating with unions about giving more incentives to workers to persuade them to leave. It has been unable to meet its staffing reduction goal with existing measures, Chief Financial Officer Nicolas Peter said in an internal posting confirmed by the company. Those have included placing employees on unpaid leave and reducing working hours for those on shorter contracts.

ZF, one of the world’s biggest suppliers of brakes and other automotive parts, will pare back by between 12,000 and 15,000 jobs, according to people familiar with the matter, or 10% of its global workforce.

At Autoliv, Chief Executive Officer Mikael Bratt said the company’s largest markets in the Americas and Europe were at a virtually stand still in April and a slow and volatile restart is leading to job cuts in the three months through June.

“With our largest markets Americas and Europe virtually standing still in April, the challenges we are managing in the second quarter are unprecedented," Bratt said