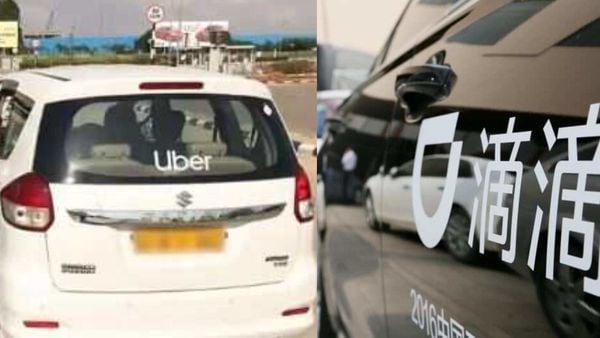 Uber Technologies Inc. is seeking to sell part of its $6.3 billion stake in China’s Didi Chuxing, as it begins to shed minority holdings to raise cash, according to people familiar with the matter.

The San Francisco-based ride-hailing pioneer is beginning to monetize stakes in other companies in an effort to boost its own share price, the people said, asking not to be identified because the discussions are private. Uber closed at $37.66 Wednesday, well below the $45 a share at which it went public in May 2019.

Uber Chief Executive Officer Dara Khosrowshahi is in discussions about the sale with Didi and SoftBank Group Corp., the Japanese conglomerate that is a major shareholder in both companies, the people said. While various scenarios are under discussion, one option is for SoftBank to team up with other investors to acquire a minority of Uber’s 15% stake, one person said. Didi, which needs to approve any sale, is unlikely to buy shares itself, another person said.

The Didi sale would be the latest divestiture by Uber designed to consolidate operations and abandon once sprawling global ambitions. This month, the company agreed to sell its European freight business and some of its stock in Russia’s Yandex. It’s also negotiating to sell some of its stake in the Southeast Asian ride-share company Grab, Bloomberg News has reported.

Uber got its Didi equity after it retreated from China in 2016 and sold its business there to its Chinese competitor. Didi’s valuation hit $56 billion as ride-hailing boomed, but its shares have slid in private-market transactions amid regulatory troubles and the coronavirus pandemic. Uber wrote down its Didi stake to $6.3 billion from $8.2 billion in the first quarter.

One issue may be determining the current value of those holdings. In secondary market transactions, sellers are looking to get at least the equivalent of a $33 billion valuation for their Didi shares, while buyers are seeking prices below that level, according to people familiar with the trades.