Uber had become aware of some drivers using photographs of colleagues as their own in October 2018 but didn’t inform the transport regulator until May 2019, London's Licensed Taxi Drivers’ Association has said.
By : Bloomberg
| Updated on: 16 Sep 2020, 11:57 AM 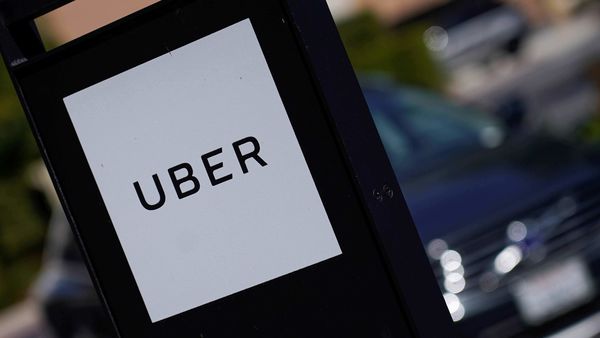 Uber Technologies Inc. attempted to hide the fraudulent use of photo identification by some drivers, London’s black-cab drivers said at the start of the company’s second court battle with the city’s transport regulator.

The ride-hailing app became aware of some drivers using photographs of colleagues as their own in October 2018 but didn’t inform the transport regulator until May 2019, the Licensed Taxi Drivers’ Association said Tuesday in its court filings. The LTDA, which represents around half of London’s black-cab drivers, is opposing Uber’s appeal.

Last year, Transport for London banned Uber from operating in the capital, citing safety concerns, but its cars were allowed to continue to drive during an appeal. The company faced a similar legal battle to stay in London two years ago.

(Also read: Uber moves court to renew London licence, to prove it's not a reoffender)

Uber was granted a 15-month license by the court in 2018, far less than its previous five-year permit and shorter than the 18-month approval it requested. A ruling on the case could come as soon as Friday, but is more likely to come early next week. Uber would be able to continue operating even if it loses while it appeals the decision, a process that can take years.

LTDA lawyer Gerald Gouriet told the court that Uber drivers used incorrect photos on nearly 14,800 trips. The LTDA said most of the drivers who used the wrong identification had been dismissed by Uber, and some had had their licenses revoked by TfL.

Uber “decided to inform TfL of the issue only when the increasing number of photo-fraud cases made the likelihood of hiding them from TfL unrealistic," he said in court documents. The company told the regulator in late May 2019, but “did so in a manner calculated to minimize its significance," he said.

The LTDA’s allegation that the company attempted to conceal the issue is “emphatically rejected," Uber’s lawyer Tim Ward told the court. The issue represented a very small number of its 45,000 London drivers, he said, while acknowledging that “mistakes were made in the handling and communication" to TfL of the issue.

Uber “was too slow," but the overall picture shows “a sustained effort to root out this problem and prevent it happening again," Ward said. Uber has introduced real-time identification and rolled-out an emergency assistance button and a 24-hour support line, among other “far reaching developments," he said.

Uber is facing push back in several markets, on several fronts. The U.K. Supreme Court later this year will probably rule on the company’s battle over drivers’ employments rights. In its home state of California, it is fighting a law designed to reclassify its drivers as employees. A loss would upend its business model and provide momentum for similar pushes in New York and Massachusetts to provide labor protections.

Uber challenged the California law and, following a dramatic 11th-hour reprieve earlier this year, pushed the decision to California residents. They will vote this November on a competing ballot measure written and bankrolled by Uber and other gig companies.

At Tuesday’s hearing, Uber also addressed its past problem of some drivers operating with fraudulent or incorrect insurance documents. Ward said it was “a matter deep regret and frustration" but that the company has worked to rectify the issue with new “robust systems" in place.

“The operator, while it has made mistakes, is committed to compliance," he said. “London is a safer place with Uber in the market than without it."