Home Auto News Uber Moves Court To Renew London Licence, To Prove It's Not A Reoffender

Uber moves court to renew London licence, to prove it's not a reoffender

Uber was granted a 15-month license by the court two years ago, far less than its previous five-year permit and shorter than the 18-month approval it requested.
By : Bloomberg
| Updated on: 14 Sep 2020, 10:09 AM 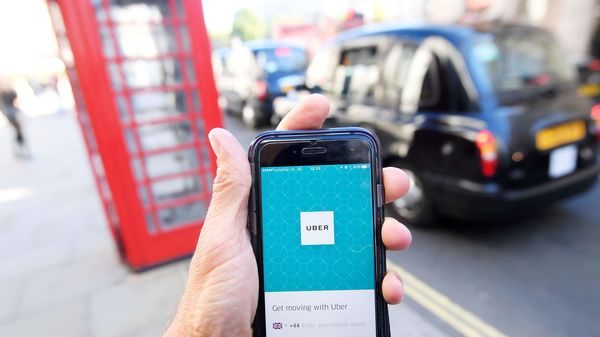 A London taxi passing as the Uber app logo is displayed on a mobile telephone in London. (File Photo)

Uber Technologies Inc. returns to a London court this week as it fights to continue operating in the British capital.

On Tuesday, Uber will begin a three-day trial at Westminster Magistrates Court by outlining why Transport for London’s decision to strip its operating license should be appealed. It’s the second time the ride-hailing app has faced a legal battle to stay in London in two years.

Now, it will have to persuade the magistrate that it’s not a repeat offender, after the court criticised the “gung-ho attitude" of the previous management team at its 2018 appeal.

Uber was granted a 15-month license by the court two years ago, far less than its previous five-year permit and shorter than the 18-month approval it requested. In November, the regulator revoked its license for the second time over safety concerns, threatening the firm’s ability to operate in its biggest European market.

Uber and TfL will give testimony Wednesday, followed by arguments from the Licensed Taxi Drivers’ Association, an interested party in the case, and closing submissions by Uber and TfL. Uber’s main witness will be Jamie Heywood, its regional general manager for northern and eastern Europe.

“We have worked hard to address TfL’s concerns over the last few months, rolled out real time ID checks for drivers, and are committed to keeping people moving safely around the city," Heywood said in an emailed statement.

A ruling on the case could come as soon as Friday, but is more likely to come early next week.

Uber has “consistently failed" in its duty of care to passengers, Steve McNamara, general secretary of the LTDA, said by email. The LTDA, which represents around half of London’s black-cab drivers, says its lawyers will highlight Uber’s failings to the court this week.

“A leopard doesn’t change its spots and I have no doubt that Uber’s culture remains as toxic as it has ever been," McNamara said.

Last month, TfL signaled it would take a neutral stance in the case, after an attorney for Uber said the regulator plans to leave the final decision to a judge.

Helen Chapman, TfL’s director of licensing, regulation and charging, said in a statement that “it will now be for a magistrate to determine they are fit and proper."

It’s the same position that TfL took last time, but won’t mean that Uber gets a free ride. The LTDA said in court filings last month that it wanted to explore “more critically" than TfL the reasons for Uber’s “many breaches of license" conditions.

Should it lose, Uber will be able to continue operating while it appeals the decision, a process that can take years.