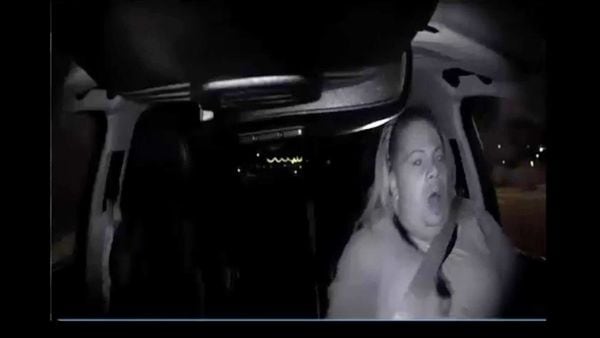 This March 18, 2018 file photo from video from a mounted camera provided by the Tempe Police Department shows an interior view moments before an Uber SUV hit a woman in Tempe, Arizona.

The back-up safety driver behind the wheel of a self-driving Uber Technologies test vehicle that struck and killed a woman in Tempe, Arizona, in 2018 was charged with negligent homicide, prosecutors said on Tuesday.

Rafael Vasquez, age 46, who is also known as Rafaela, pleaded not guilty on Tuesday after being charged in the death of Elaine Herzberg on Aug. 27, court records show. She was released pending trial set for February 2021.

Herzberg died after she was struck while walking a bicycle across a street at night. The first recorded death involving a self-driving vehicle prompted significant safety concerns about the nascent autonomous vehicle industry.

(Also read: Should drinking alcohol be allowed in a car on autopilot? Social media divided)

A Tempe police report said Vasquez was repeatedly looking down instead of keeping her eyes on the road. Prosecutors in March 2019 said Uber was not criminally liable in the crash.

“Distracted driving is an issue of great importance in our community," said Maricopa County Attorney Allister Adel. "When a driver gets behind the wheel of a car, they have a responsibility to control and operate that vehicle safely."

Police said previously the crash was "entirely avoidable" and that Vasquez was streaming "The Voice" TV program at the time of the crash.

In November, the National Transportation Safety Board (NTSB) faulted Vasquez's inactions and Uber for inadequate attention to safety and decisions in the company's autonomous vehicle development.

The NTSB said the probable cause was Vasquez's failure to monitor the driving environment “because she was visually distracted throughout the trip by her personal cell phone." She was supposed to act in the event of an emergency.

Uber made a series of development decisions that contributed to the crash's cause, the NTSB said. The software in the modified Volvo XC90 did not properly identify Herzberg as a pedestrian and did not address "operators’ automation complacency."