Bhushan will oversee the operations of core product lines including UberGo, Premier, XL, Auto and Moto for Uber in the region.Uber has also named Shiva Shailendran as the Head of Cities Operations for India, Bangladesh, and Sri Lanka.
By : PTI
| Updated on: 04 Oct 2021, 03:55 PM 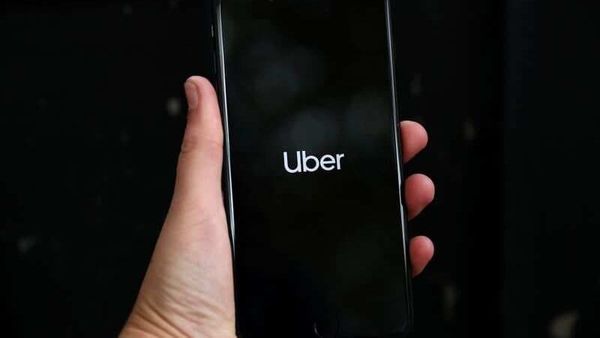 Uber's logo is displayed on a mobile phone. (File Photo)

Ride hailing platform Uber on Monday said it has elevated Nitish Bhushan as the Director of Central Operations, and Shiva Shailendran as the Head of Cities Operations for India, Bangladesh, and Sri Lanka.

In the new roles, Bhushan will oversee the operations of core product lines including UberGo, Premier, XL, Auto and Moto for Uber in the region, a statement said.

Shailendran will be responsible for overseeing the next phase of growth with a focus on bringing new drivers onto the platform and ensuring they thrive alongside Uber, it added.

Bhushan was previously the Director (Marketplace and Categories - India and South Asia), while Shailendran was the General Manager for North and West Zones in India and Bangladesh at Uber.

"With Nitish as the Director of Central Operations and Shiva as the Head of Cities Operations, we firmly believe they will continue to hit bigger milestones and take big bold bets," Uber India South Asia President Prabhjeet Singh said.

He added that Uber is building and strengthening a team of industry experts who are committed to fully unlocking the potential of ridesharing.

Before joining Uber in 2016, Bhushan led APAC operations for Tripda, a carpooling venture of Rocket Internet, and has spent time with Bain & Company as a management consultant.

Shailendran, on the other hand, joined Uber in 2018. In his previous stint, he was a part of the supply chain and operations teams at Myntra and Amazon India.