Automotive Tyre Manufacturers Association (ATMA) said that with the economic recovery, demand for automobiles is increasing and leading to a higher demand for tyres.
By : HT Auto Desk
| Updated on: 17 Aug 2021, 11:32 AM 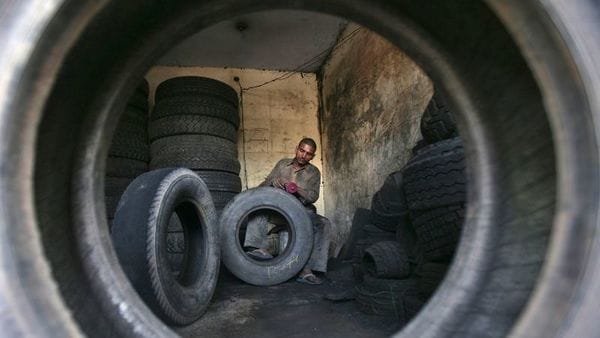 Automotive Tyre Manufacturers Association (ATMA) has asked the government to allow duty-free import of natural rubber since its shortage in the country has become an obstacle for the tyre industry to support domestic manufacturing. According to the body, the consumption of natural rubber is expected to increase and the annual demand is expected to cross 13 lakh tonnes this fiscal year.

Stressing on the natural rubber import, ATMA said that the imports of the former to the tune of 5 lakh tonnes are a must. "With the production of 7,90,000 tonnes as projected (in a normal scenario) by Rubber Board, NR imports to the tune of at least 5 lakh tonnes are a must," ATMA was quoted in a PTI report. It also mentioned that the policy environment regarding the import of natural rubber is highly restrictive. “There are port restrictions on import of natural rubber which is allowed to be imported only from two ports - Chennai and JNPT- adding to the costs and delays. Moreover, the tyre industry needs to adhere to pre-import conditions for natural rubber import against (tyre) export obligation," it said.

The body went ahead and informed that the export obligation period for tyres has been reduced from 18 months to six months which is making the situation tough for the industry. The report also stated that while the Rubber Board had projected much higher production figures for the ongoing fiscal and ATMA claimed that the ground realities are not in line with the Rubber Board's guidance as market arrivals of sheet rubber have dried thin.

The industry body mentioned that with the economic recovery, the automobile industry is witnessing an increase in demand which is leading to a surge in demand for tyres. Therefore, ATMA has urged the government to remove the restrictions on the import of natural rubber urgently and allow duty-free import.

ATMA director general Rajiv Budhraja shared that the situation is concerning. “As such the tyre industry has been experiencing tightness in domestic availability of natural rubber during the ongoing fiscal. However, in the second quarter a severe crunch is being witnessed while the NR prices are shooting up," he was quoted in the report.