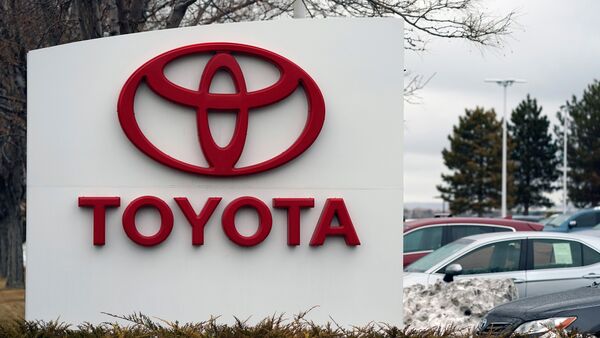 File photo of the Toyota logo outside a company dealership.

Toyota Motor Corp is mulling to cut its global production plan by about 100,000 units to roughly 850,000 vehicles in June due to the semiconductor shortage. However, the company still remains confident about its estimate of producing about 9.7 million vehicles worldwide by March 2023. The automaker has also announced additional domestic factory line suspension due to supply shortage triggered by Covid-19 lockdown in Shanghai.

The additional suspension will be for up to five days between Wednesday and June 3, affecting 16 lines at 10 factories of the automaker for May and June in total. With this, Toyota is planning to produce about 850,000 vehicles globally a month on average from June through August as chip shortage and coronavirus outbreaks and other factors "are making it difficult to look ahead."

Just earlier this month, the company restarted operations at its Changchun plant in China, joining Volkswagen AG and other manufacturers in resuming production after more than a month of halted output due to restrictions to stem the spread of Covid-19.

Given Toyota's scale of production, and that it was the world’s top carmaker last year, the halt in Changchun is unlikely to seriously dent total output. Toyota topped its sales target for the fiscal year through March with 9.51 million units, its second-highest annual figure ever. And since the automaker is confident about maintaining its 2023 target, the further production cut down in June too doesn't seem will have much effect on the automaker's targets.

In a separate development, Toyota Motor Corp plans to manufacture electric vehicle (EV) components in India to cater to demand from both domestic and overseas markets, making the country a manufacturing hub for EV parts. The company is looking at shipping EV parts from India to Japan and some ASEAN countries. The carmaker will start by producing e-drives or electric powertrain parts used by different electric vehicle types such as battery EVs, plug-in hybrids and other hybrid models (Read full report).