Toyota is working towards resuming production and says emphasis is on catering to pending orders.The Toyota plant in Bidadi will currently operate at 50% of workforce strength.
By : HT Auto Desk
| Updated on: 15 Jun 2021, 12:37 PM 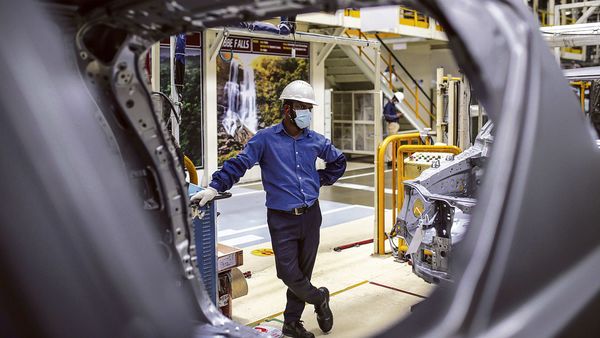 A file photo of Toyota’s plant in Bidadi, Karnataka.

Toyota Kirloskar Motor (TKM) on Tuesday announced partial resumption of operations its manufacturing facility in Karnataka's Bidadi. The plant had to previously suspend work owing to restrictions in place across Karnataka due to Covid-19-related factors.

Toyota will operate the Bidadi facility at 50% workforce strength from Tuesday and underlined that all directive of the state and central governments would be adhered to. Significantly, the car maker further highlighted that it is committed to all measures and preparations that would allow for production to resume in order to cater to the demand for Toyota vehicles in the country. "Our focus will be to cater to pending orders that could not be met due to the non-production days of planned annual maintenance shutdown, followed by the lockdown announcement by the state Government," the press statement informed.

Toyota, much like most auto makers in the country, had had to suspend operations as the number of Covid-19 cases spiked across the country. It sold just 707 units in May, a month which was nightmarish for the Indian auto industry at large.

Toyota's operations in Bidadi has faced numerous obstacles over the past year. Karnataka has been especially hit by rising number of cases in both the first as well as second wave of the pandemic. Classification of Bidadi in the 'Red Zone' in the past meant that operations had to be suspended. Then there was a strike called by the employees' union which only ended in March after four months. The strike pertained to suspension orders given to one of the employees here. (Full report here).

But there may be some semblance of a silver lining moving forward. "We anticipate factors such as 'pent up' demand and the demand for personal mobility will continue to be quite significant as the markets start re-opening," Naveen Soni, Senior VP at TKM, had told HT Auto previously. "Vehicles in the small to mid-sized categories will see a spurt in demand from both rural and urban pockets. Passenger vehicle sales are expected to fare better in FY21-22 than FY20-21."