Toyota has reaffirmed that it intends to make all efforts to promote and introduce newer, cleaner and world-class technologies and services in the Indian market.
By : PTI
| Updated on: 17 Sep 2020, 01:59 PM 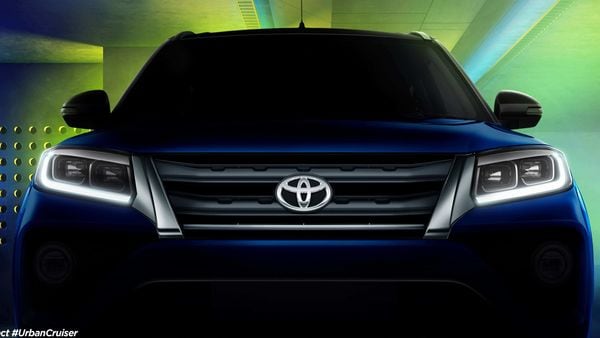 Toyota Kirloskar Motor (TKM) on Thursday said it remains deeply committed to the Indian market and its national objectives, refuting once again the claims by a senior company official earlier that it would stop further expansion in India due to high taxes.

The automaker, which sells models like Innova and Fortuner, said it has firm belief in the core strength of the country's economic growth potential and is fully committed to continually work towards contributing to economic development.

Keeping in sync with the vision of 'Grow India – Grow with India', during the past two decades of presence in the country, the company has worked tirelessly to invest in creation of a world-class talent pool and for building a strong competitive local supplier ecosystem in line with the "Skill India" and the "Make in India" initiatives, TKM Managing Director Masakazu Yoshimura said in a statement.

The company's operations in India are an integral part of its long-term global strategy, he added.

"As part of these efforts, Toyota Group in India is targeting to invest over ₹2,000 crore in India in the coming years on technology and electrification, both for the domestic and the exports market," Yoshimura noted.

The company reaffirms that it intends to make all efforts to promote and introduce newer, cleaner and world-class technologies and services in the market, he added.

TKM is a joint venture between the Japanese Toyota Motor Company and Kirloskar Group.

On Tuesday, TKM Vice-Chairman and whole-time director Shekar Viswanathan in an interview said that the company would stop expanding in India ruling out future investments as the government keeps taxes on cars and motorbikes so high that companies find it difficult to build scale.

Later, the company's Vice Chairman Vikram Kirloskar refuted the comments and said TKM planned to invest over ₹2,000 crore in the country in the next 12 months.

Reacting to Kirloskar's tweet on investment, Union Heavy Industries Minister Prakash Javadekar had tweeted: "The news that Toyota Company will stop investing in India is incorrect. @vikramkirloskar has clarified that Toyota will invest more than ₹2,000 crore in next 12 months".

(Also read: We are committed to Indian market: Toyota after plans to halt India expansion)

Endorsing the minister's remark, Kirloskar tweeted: "Absolutely! We are investing 2000 crore in electric components and technology for the domestic customer and export. We are committed to the future of India and will continue to put all effort in society, environment, skilling and technology."

Before that, TKM had also issued a statement saying its priority would be to utilise its existing capacity in India which will take time.

The company has an installed capacity of 3.10 lakh units spread across two plants in Bidadi, near Bengaluru.

TKM rolls out Innova, Fortuner and Vellfire (imported as CBU) from the first plant, and Yaris and Camry Hybrid from its second facility.