Toyota India has said that the automotive industry is one of the sectors that will benefit directly from the PLIs for electronics and advanced chemistry cells (ACC).
By :
| Updated on: 27 Jan 2022, 09:41 AM 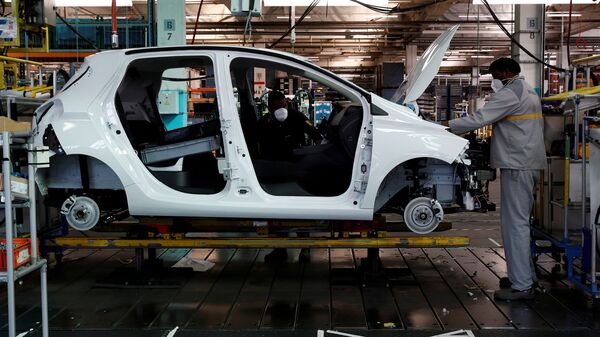 The production-linked incentive (PLI) scheme for the automobile sector aims to provide impetus to a greener future and is also expected to make the industry self-reliant and globally competitive, automaker Toyota Kirloskar Motor said on Wednesday.

The company, which is a joint venture between the Japanese Toyota Motor Company and Kirloskar Group, said the automotive industry is one of the sectors that will benefit directly from the PLIs for electronics and advanced chemistry cells (ACC).

"These measures will help create a vibrant and competitive local manufacturing ecosystem for advanced and green technologies at global scales, thus making India a strong manufacturing hub. The benefits will also trickle down the entire supply chain thereby also providing a boost to the MSMEs," a TKM spokesperson said in a statement.

Moreover, as PLIs also focus on providing impetus to a greener future, these will further help to achieve the government's objectives of rapid carbon reduction, the spokesperson added.

The automaker, which produces models like Innova Crysta and Fortuner, noted that its philosophy too, has always been moving towards greener technologies and such measures from the government will encourage all industries, to bring out all possible greener technologies going forward.

"We as pioneers of electrified technologies will continue to focus on mass electrification through localisation of electrified vehicle parts. We believe the shift to a greener future can be hastened through policies, including taxation, being linked to transparent, easily measurable outcomes aligned to national objectives such as carbon reduction," it added.

The company believes that through its focus on PLI for several key identified sectors, the government has sought to transform India's economy by attracting huge investments in advance and future technologies, and for areas where India is currently highly import dependent, the spokesperson said.

"This initiative promises not only to make us self-reliant but also globally competitive. As the huge government allocation will be spread over the next five years, these schemes will give the desired boost without the sudden immediate burden on the exchequer," the spokesperson added.

The government has been keenly working towards greater transparency and ushering in reforms, the automaker said.

As many as 115 companies have filed applications to seek benefits under the PLI scheme for the automobile and auto component sector. The scheme for the sector was approved with a budgetary outlay of ₹25,938 crore.