Toyotabelieves that a wide variety of vehicle including hybrids and hydrogen-powered cars, in addition to electric vehicles will play a role in decarbonising its fleet over the coming decades.
By : Bloomberg
| Updated on: 13 Nov 2021, 06:10 PM 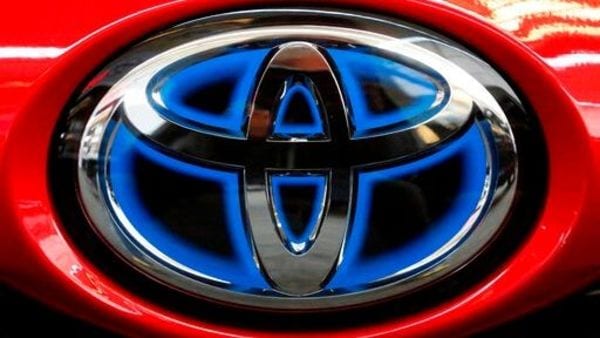 Akio Toyoda, the president of the world’s biggest automaker Toyota Motor Corp., spent the weekend swerving around a racetrack in western Japan in a Corolla.

But it’s no ordinary version of the bestselling car. Toyoda drove a version specially equipped with its new in-house hydrogen engine, which propels the vehicle by burning the fuel much like traditional engines use gasoline. Along with Mazda Motor Corp., Toyota showcased vehicles running on carbon-neutral propellants in a three-hour road race this weekend in Okayama.

Toyota’s hydrogen-powered car underscores the automaker’s belief that a wide variety of vehicle types -- including hybrids and hydrogen-powered cars, in addition to electric vehicles -- will play a role in decarbonizing its fleet over the coming decades. That puts the company in contrast to others, such as General Motors Co., Jaguar Land Rover and Volvo Car AB, which say they’ll sell only EVs two decades from now.

“The enemy is carbon, not internal combustion engines," Toyoda said at a briefing Saturday. “We need diverse solutions, that’s the path toward challenging carbon neutrality."

Toyota says that that different emissions-reducing car technologies are needed for different regions of the world. EVs are a good option for places like Europe, where batteries can be charged with electricity derived largely from renewable sources, the automaker says. Other options, such as hydrogen or hybrids, may be a better fit in other regions.

The technology is separate from the company’s other big bet on hydrogen -- hydrogen fuel cells such as those that power the Mirai passenger car. While fuel cells use the chemical reaction between hydrogen and oxygen to generate electricity, which in turn runs a motor, the hydrogen engine burns the element just like gasoline.

Traditional engines only need to be tweaked in minor ways, such as changing out the fuel supply and injection systems, to make them capable of running on hydrogen, Toyota Chief Engineer Naoyuki Sakamoto said in a briefing last month.

That also makes the technology a way to save some of the hundreds of thousands of jobs making parts related to combustion engines that are predicted to disappear in Japan if the automotive sector makes a full shift to EVs, according to Toyoda.

“Some of our suppliers make components only for internal combustion engines," Toyoda said. “They’re very worried about the future." Toyota wants to pursue carbon neutrality through a “number of options," he added.

And why race the engine? It’s a way to speed up development, according to Sakamoto. The engine is still under development and testing it under extreme race conditions provides feedback and data that Toyota will use to speed up commercialization of the technology, Sakamoto said.

Toyota declined to comment on when it aims to commercialize the technology, saying that would depend on society’s wider adoption of hydrogen.

That’s the biggest challenge to the hydrogen engine, according to Bloomberg Intelligence analyst Tatsuo Yoshida. For cars running on the fuel to become popular, hydrogen supply and infrastructure like charging stations need to be built out. So far the spread has been slow.

While buses and trucks, which often run on set routes, can make use of limited charging infrastructure, hydrogen-powered passenger cars need to come as a set with infrastructure, Yoshida said. In that sense, “they still have a long way to go," he said.

Toyoda said the weekend’s race was an opportunity to hasten society’s embrace of hydrogen. Automakers “are working toward carbon-neutrality in many ways," Toyoda said. Using the attention drawn by motor sports, “we want to convey the message that there should be diverse options."